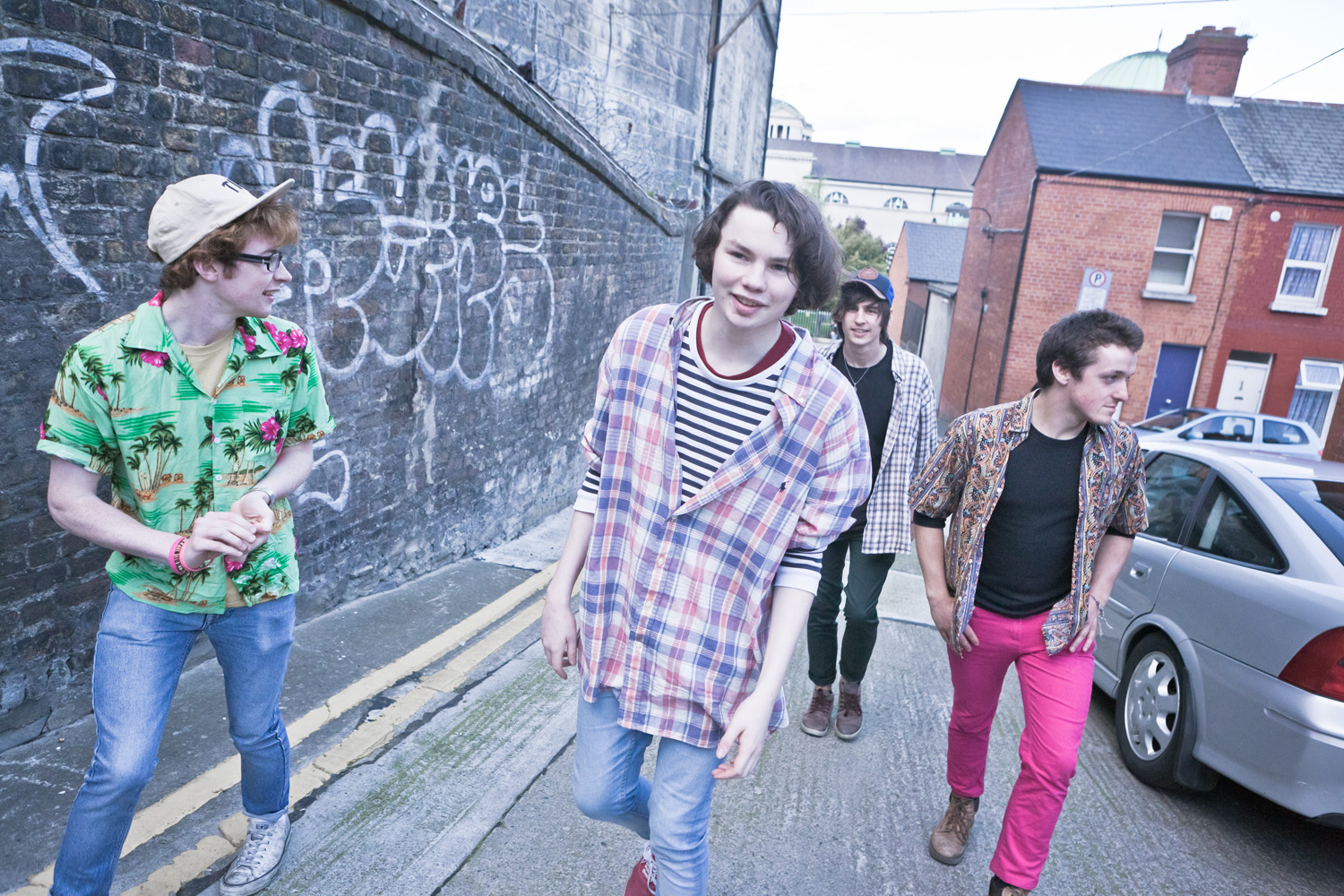 
Popical Island have just opened their own rehearsal space / venue called The Pop Inn. It’s off Capel Street and was made possible with the Arthur Guinness Fund which seems to have turned out pretty well for them.

For the label’s fourth release of the year, they’ve gone once more for another split between two bands – this time between Tuam’s Oh Boland and Westport’s Me And My Dog. Galway vs Mayo.

Delphi is the first release from either band so an opportunity to get to know both of them. Each act gets five songs each. It’s called Delphi because of an adventure park on the Galway/Mayo border. Nice.

Oh Boland are primarily a melodic garage-rock band while Me & My Dog, is a band that came to the attention of the Popical Island label after they found the answer to the question “Who’s that kid always dancing at the front?” at their Popicalia gigs was Luke Healy, who had written some “catchy bucolic pop” songs with three mates.

So the split was born. Have a listen to ‘The Scenic Route’ by Me & My Dog from side two, a sprightly bright indie-pop song.

The release is launch Saturday June 7th in the Pop Inn on Little Britain street. It’ll be available on pale blue cassettes with download codes, then after in shops and online.