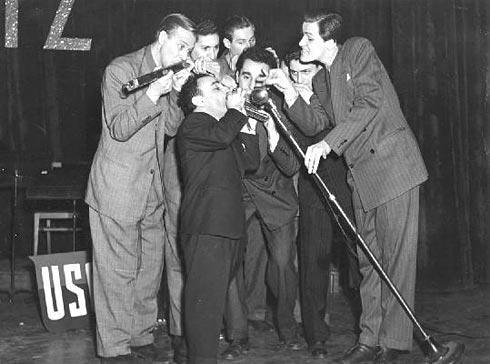 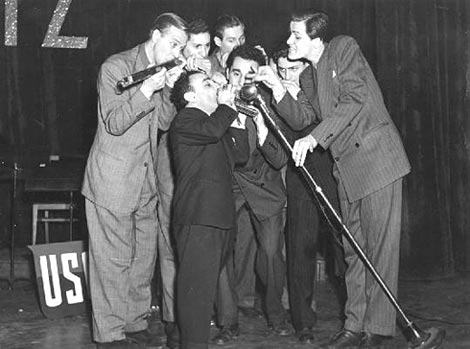 I got kind of psyched about doing up some more in the Memphis Series. The original intention was to showcase some of the musicians from my hometown who would probably never be able to get out of Elvis’ shadow. I was thinking about who I could mention and Pete Pederson sprang to mind. Pete Pederson is an obscure footnote to Memphis music. He played the chromatic harmonica with The Harmonica Madcaps who later went on to become The Harmonicats and score a #1 hit with “Peg O’ My Heart” in 1947. Yeah, 1947. Pete left the group well before all that, though, and went on to create jingles for the likes of Pontiac and McDonalds. I suppose he could see the writing on the wall and didn’t want to hack out a career in a jazz group who, to this very day, exclusively play harmonicas.

While I realise probably nobody gives a fuck about Pete Pederson or The Harmonicats, I do have to say that I’ve always liked their version of “Tico Tico.”

So here it is, for no conceivable reason, that old nugget “Tico, Tico” as interpreted by The Harmonicats:

Just to make this post well-rounded, here’s Ethel Smith ripping the motherfucker up on a Hammond: