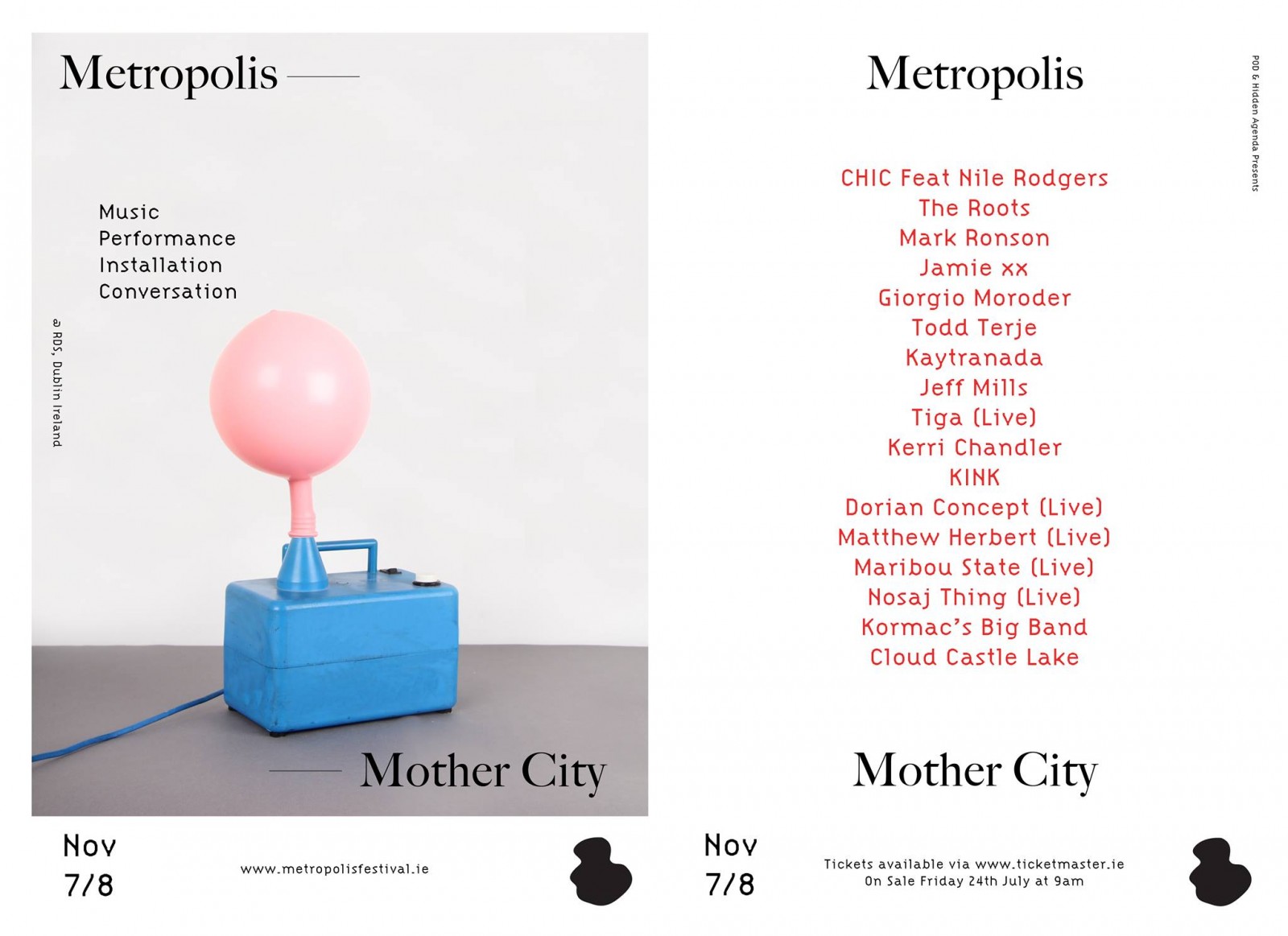 Update: with early birds now sold out, day tickets priced at €79.50 + fee have been brought forward and will be on sale tomorrow at 9am from Ticketmaster. Also announced is that Saturday headliners are The Roots and Sunday is Chic.

Metropolis Festival is a new event happening in the RDS in Dublin on 7th and 8th of November put on by Pod and Hidden Agenda that comes with the tagline “Music / Performance / Conversation / Installation.”

Metropolis promises six rooms, all indoors with music, conversations and installations curated by This Greedy Pig.

Early bird weekend tickets on sale at 9am this Friday 24th July at €99.50 inc booking fee, through Ticketmaster and usual outlets. Tickets will rise to €145.50+ fees in three phases:

Joey Bada$$ for Dublin in November