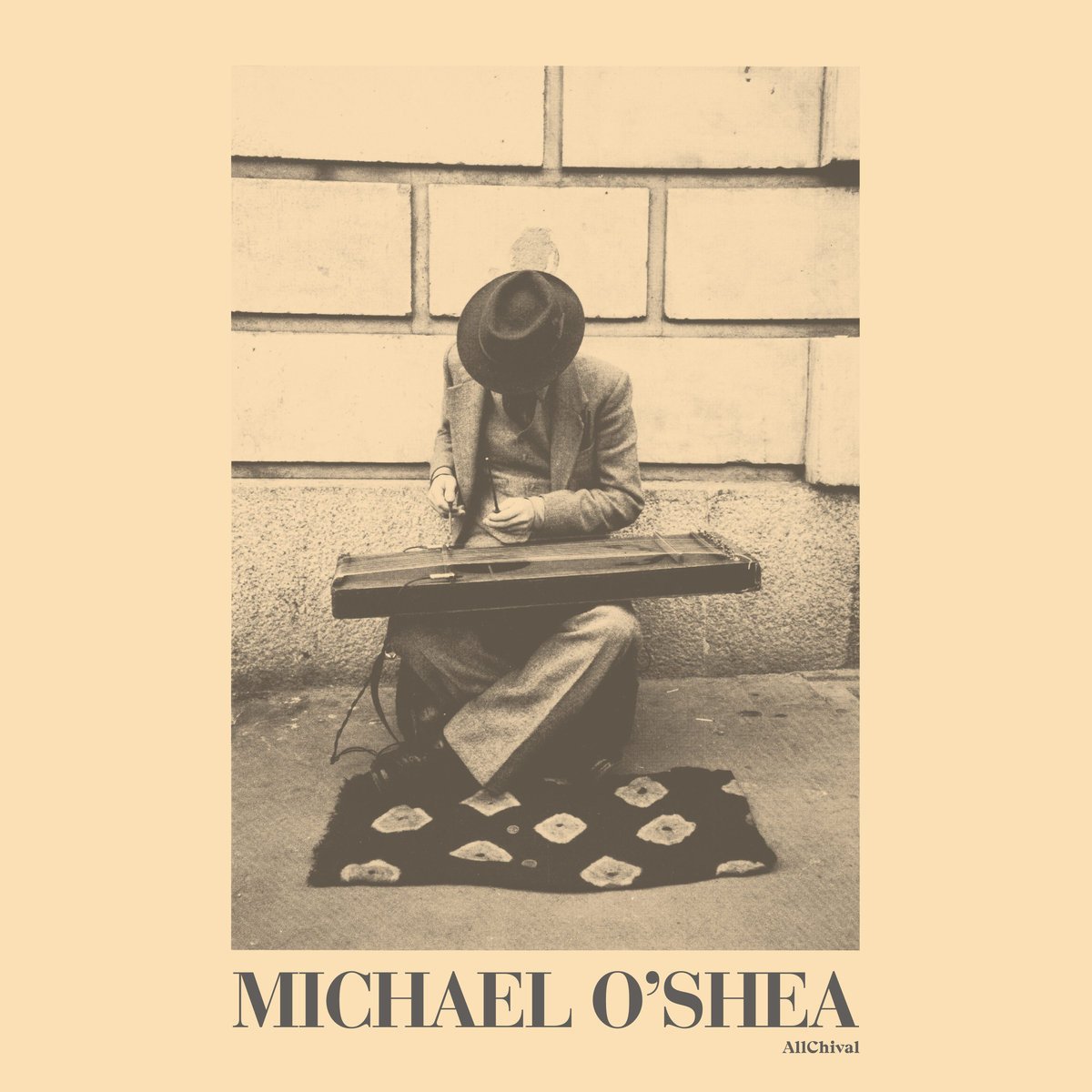 Michael O’Shea was an Irish experimental musician in the seventies who lived a nomadic life who made his own instrument out of an old door, strings and chopsticks and would combine them with echo and phaser effects pedals. He would play the instrument wherever he went and he took inspiration from the sitar and an Algerian instrument (a zelochord) by Kris Hoslyan Harpo he had played while travelling.

On Friday, All City released a collection of O’Shea’s work on their archive imprint AllChival.

The self-titled album was originally on Wire’s Dome Imprint in 1982 and is now available on Bandcamp with extras.

The background to the album is as interesting and inspiring as the artist who created it – born in Northern Ireland but raised in the Republic, O’Shea was keen to travel and escape the troubles of his home.

Wandering throughout Europe and the Middle East, O’Shea found himself living and working as a relief aid in Bangladesh in the mid Seventies where he learned to play sitar while recovering from a bout of hepatitis. A later period spent busking in France accompanied on zelochord by Algerian musician Kris Hosylan Harp led to O’Shea’s idea of combining both instruments as a homebuilt instrument – Mo Chara [Irish for “My Friend”].

He later described the process on the back of the LP himself saying: “Having sold my sitar in Germany and being desperate for money to travel to Turkey, I conceived of the idea of combining both sitar and zelochord. The first Mo Cara was born, taken from the middle of a door, which was rescued from a skip in Munchen”

A combination of dulcimer, zelochord and sitar, O Shea would play it with a pair of chopsticks, striking the strings softly using Irish folk rhythms mixed with the rich, nostalgic sounds of of the many Asian artists he’d encountered on his travels.

It was a pan cultural sound standing at an unusual crossroads of folk, traditional, rock, progressive, jazz, electronic and post-punk worlds without hesitation.

Perfecting the instrument on the streets, there were further spells spent busking in the underground stations and cafes of London’s West End and Covent Garden during the heady days of the 1970s when they were full of eccentric street entertainers, jazz improvisers and musical pioneers.

His work with Rick Wakeman never saw the light of day but O’Shea’s contact with the world of post-punk London ensured his name would live on.

Introduced to Wire’s Bruce Gilbert and Graham Lewis via cartoonist Tom Johnston, O’Shea eventually acquiesced to an open invite to record at their studio. Turning up unannounced in the first half of 1981 the LP was recorded in a day in the legendary Blackwing Studios and released on Dome the year after.

The first side features the fifteen minute masterpiece “No Journeys End” with the B side featuring more input from Wire in processing the Mo Chara sound.

Lewis himself said years later of the forgotten masterpiece: “I always said it was the best job we ever did.”

After an aborted LP with The The’s Matt Johnson the following year, O’Shea quietly disappeared from the formal recording world . His brief but unique contribution to the music world came to a sad end in 1991 when O’Shea was struck by a post van and died a few days later in hospital in London.