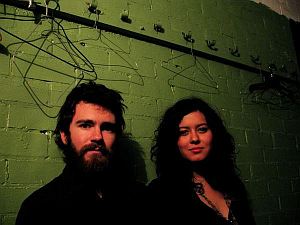 Liam Finn is a name which really only brings to mind one thing. A bearded, piercing-eyed man bashing vigorously on a drumkit in a church in Dingle as if his life depended on it. It was his appearance on Other Voices that made me pay attention. He came across as a bit more feral than your average artist on that show.

His debut album I’ll Be Lightning was an occasionally-interesting mix of folk, falsettos, electronics and guitar. Plenty of promising ideas. Enough to render the famous-dad syndrome obsolete anyway – his da is Neil Finn of Crowed House. Well the son is back with a six track EP recorded with his musical partner Eliza Jane Barnes called Champagne in Seashells and this is the first track from it. He’s got my attention once again..

Radiohead are fucking with you/us/them

Video: Fanfarlo – The Walls Are Coming Down