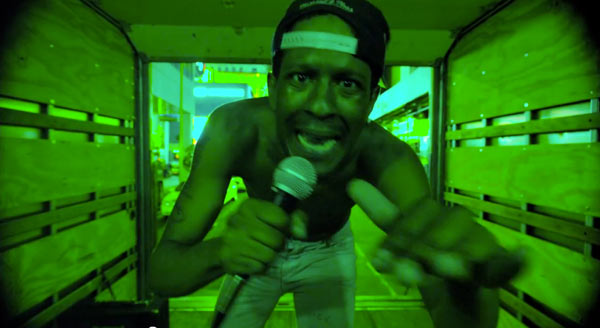 Until this song appeared in April, Mykki Blanco was an interesting if not particularly good drag/rapper/poet/entertainer out of Harlem. The Mykki Blanco and the Mutant Angels EP from earlier in the year didn’t quite manage to hit the Saul Williams-esque poet-led rap it was aiming for but team Blanco up with Brenmar and we have ourselves a deal. Blanco has been touted as one of the new wave of queer or transgender rappers by The Guardian a couple of weeks ago. ‘Wavvy’ is just a great song regardless of which gender role Michael Quattlebaum is playing.

Download song. Look out for the Cosmic Angel: The Illuminati Princess Mixtape.