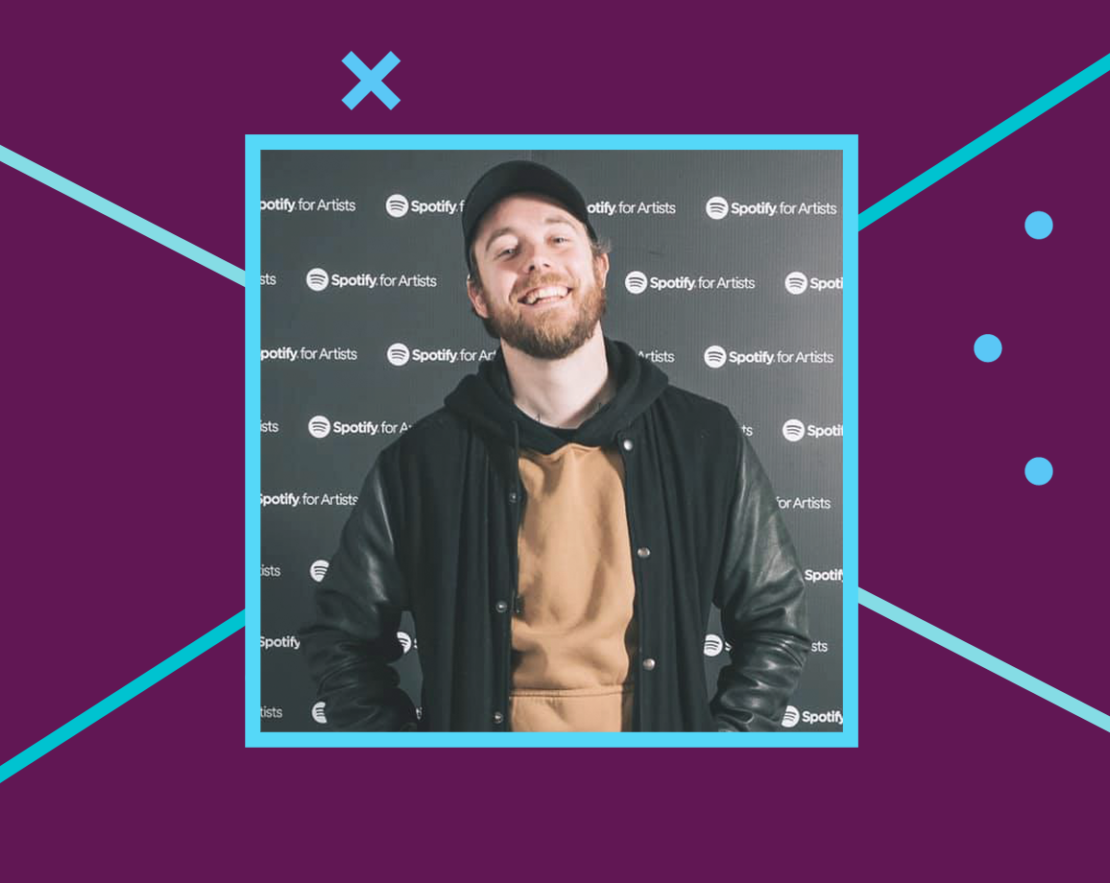 One of our absolute favourite Irish rappers Nealo picks his top ten tracks of 2019.

A note from the man himself – “I stuck to Irish artists on this list because that’s what I’ve been listening to the most this year. 2019 was my first proper one as an Irish hip hop artist, and I’ve been lit up and energised by all the incredible songs from Irish artists coming out each week.

Secondly, I’m a freak for lyrics, so that plays a major part in my taste. With that being said, here are my favourite songs of the year.”

Nealo put together a Spotify playlist of his top 20 tracks of 2019, check it out below.

“It’s not just your fault you’re a dick, I’d say your old man was a prick”

The Scratch are the best band to come out of Ireland since Thin Lizzy, and people are finally starting to realise it. Their most recent sold-out tour and appearance at Other Voices in Dingle is indicating a turning point in their career. The Perrystown boys 2019 EP The Whole Buzz is rammed full of originality, authenticity, incredible riffs, and hilarious lyrics. I used to live in a gaff with the lads for 3 / 4 years (completely biased) and was lucky enough to have been around during the formation of the band. Even back then it was fully apparent that something special was happening. This is the kind of lightning in a bottle that happens every once in a while where the right group of friends get together and create something very very special. The first thing on your list of new year’s resolutions for 2020 should be to see this band live. Their recorded music is fantastic, but it is live where they really shine.

‘Old Dog’ is a song about living next door to a red-faced arsehole of a neighbour, who is fed up with his own life, so he takes it out on the bunch of young sessioners living beside him. It’s good craic, but at the same time the lyrics are making a statement about not giving up on life and turning into a negative prick.

There are times when you hear a song and you just can’t believe how good it is. This is one of those songs for me. The chorus on ‘Outta Love’ never gets old. Dublin’s Nonzus Magnus is one of the most original and creative artists in the country. His work is shrouded in a little bit of mystery, which only serves to add to the allure of him as a rapper / singer / producer.

I’m expecting a very cool project from the Dublin 15 man at some point in 2020.

Ama was an artist who I had not actually heard before this song, but he carved his feature out perfectly. It added to the song while still sticking tightly to the narrative. He also released one of the best Irish albums this year entitled I Once Was.

“You said ‘you’re always changing on me’  I wish that was really true, if I had your bravery, maybe I wouldn’t feel so blue”

Sorcha is the only artist on this list that could have had 6 or 7 songs in my top 10. She’s seemingly incapable of writing a bad tune. Her album (First Prize Bravery) came out just a couple of weeks ago and it’s a fucking vibe and a half. I grew up on ’90s and ’00s emo tunes, and this really harks back to that era, while staying current and not cheesy in the slightest. It’s a tough style to get right, but she nails it. Please check out her album. She single-handedly cured my hangover with her set at Electric Picnic the year before last and for that I can never repay her.

“If I could hold your hand and squeeze away those demons, kiss you on the head, wrap your fears in lead and let them sink and let them die”

A beautiful ode to the feelings between a son and a mother and wanting to make the world a better place for them and take away their pain. A giant emotional football thrown directly to the feels. Uly has had an amazing 2019, topped off with his incredible headliner in the Bello Bar last Saturday night. I’ve made this joke more than once before, but he’s going to need that astrophysics degree where he’s going. Which is directly into the stratosphere.

“There are some people who will spend their whole lives looking for a definition of home that doesn’t come with strings attached.”

To say that this lady has a way with words might be the biggest understatement of 2019. This song is an education. For the longest time I was caught up in the idea of what I thought Irish hip hop should and shouldn’t sound like. The truth is, it doesn’t have to sound like anything at all, and who the fuck am I to say that it should? We all get so attached to our own ideologies and personal dogmas, when in reality they might be born out of an ignorance, or else we just haven’t listened to the right words to influence us to break away from them.

Life is supposed to be fluid, and ideology and belief are no different. If you don’t find the strength to evolve your beliefs, then one day you might find yourself sitting at your kitchen table, the old face that your mammy raised has turned into an egg, and your profile picture on twitter has turned into an Irish flag, and all of a sudden you’re retweeting G*mma O’ D*herty and thinking that this is the correct way to live your life. Jesus, that’s a path you never want to go down. Anyway, I went off the beaten track for a minute there. Ms Chaila has only released two completely different songs so far, but definitely caused a storm this year. 2020 brings the whole weather system.

“I belong in this deep blue sea.”

The first time I heard this song I was at Knockanstockan where Mango x Mathman debuted it to a field full of lunatics. Sometimes I find it hard for songs to connect with me live the first time I hear them, but this one hit like that time in the back field when Vinnie Burke threw a can of Druids at my head. The production (Mathman & Diffusion Lab), the hook from Lisa Hannigan, and the verses from Mango are all right on the money. Their EP set at Body & Soul this year is one of legend. A security guard booted me up the hole afterwards, but it still couldn’t take the smile off my gob.

‘Deep Blue’ is a love letter to Dublin city. It’s about everyone who left and everyone who stayed here and toughed it out. I’ve had so many friends emigrate over the last 10 years, I’ve even done it myself and came back home so this song really connects to me. I put it on my running playlist and its gotten me up a few hills when I thought that I had nothing left. There’s not a lot of songs that have the power to do that. That says more than words really.

“Baby when you’re near me, I feel like I’m on ecstasy, know everything’s connected it’s a part of me, a part of you”

The Portlaoise soft buachaill didn’t put out too many songs this year, but this one did it for me big time. You actually couldn’t put him in a box even if you wanted to (he’s too tall anyway) – DAD JOKE. It sounds kind of jaz- influenced, with also some soul, hip-hop, and pop, but also completely its own animal and very Irish sounding. Not an easy feat to accomplish. I can’t wait for him to drop a project.

“Looking for peace in the hell we dwell in, some take L’s between E’s like Ellen”

This was no doubt one of my favourite songs of the year. Sometimes God Knows raps so fast and intricately that it takes me a long time to decipher what he is saying. That above line literally stopped me in my tracks. There’s real beauty in listening to a song 50 times and still finding out new lyrics and meanings. ‘Clout9 ‘for me is a song about mental health and our generation. Boomer v Millenial, Instagram, drugs and everything in between. It’s a very important song that has been snoozed on by a lot of people this year. So here’s the alarm going off again for yis. This was also my first time hearing Outsider YP and he killed it.

Woodsy & P sent shockwaves through the local music scene with this EP. There’s something about the combination of the modern-sounding production of Marcus Woods and the urgent flow of Rebel Phoenix that compliments each other extremely well and created this unique hard-hitting sound. P is at his best when he’s flowing fast and off the beat. No one in Ireland can do it like him. Diffusion Lab shone on the production, and really made it bounce into my brain. It’s a cracker of an EP, overall the lyrics are pure motivational. But Wide Awake shines through as my favourite song.

“ink from the pen, words from the mouth, heart on my chest.”

I heard this song for the first time on a rooftop in Havana. Locked on rum and excited as fuck with my ear to the speaker. Murli’s hook is amazing and Strange Boy murdered his verse. This is two of the best and most underrated rappers in the country absolutely SHINING on a track. Nothing else has to be said really. I’m very glad I’ll be here for what they both have to offer next year.