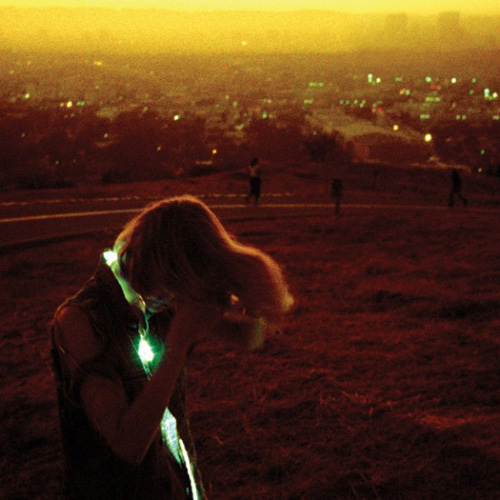 Neon Indian aka Alan Paloma and his psychedelic synth friends will release the followup to Psychic Chasms on October 7th on Transgressive Records. Entitled Era Extraña, you may have already heard ‘Fallout’ from it last week but the infinitely better ‘Polish Girl’ has appeared.

The album is described as an “8-bit shoegaze record peering through the fence of a teenage apocalypse drive-in flick.” So there’s that. It was recorded by Paloma in an apartment not a studio in Helsinki last winter. That solitute also gave him the time to construct his a triple triangle-wave oscillator noisemaking PAL198X Mini synthesizer (hear a sample) with the help of Austin’s Bleep Labs which interacts with the environment around you. You get a mini synth if you order the deluxe edition off the Neon Indian website.

Paloma said of the synth:

You can attach knobs, light-reactive photocells, and a variety of other devices for semi-modular capabilities. It can interact with a variety of objects around your house whether electronic in nature or not. It can even interact with your pet. It does not make the same sound twice. Basically, I want you to hack this fucking thing.”