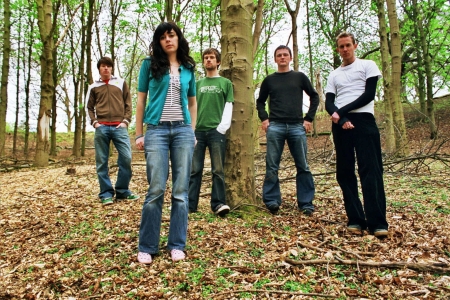 Great to see Irish band, Butterfly Explosion getting some worldwide recognition through mp3 blogs such as 3hive, *Sixeyes, for the eardrums and Who needs radio. This seems to be due to their recent SXSW appearance which by all accounts, went down a storm.

Musically, the band have been described as “Brooding, atmospheric, melodic and lush”. I hear many influences in the five tracks I’ve heard so far, ‘Sophia’ having a spacey rock feel akin to M83 (What’s up with the M83 influences on Irish bands? Channel One being the other obvious candidate), early Smashing Pumpkins has been mentioned elsewhere as well as the inevitable My Bloody Valentine comparison and even a Mazzy Star-esque atmospheric sound due to Sorcha Brennan’s breathy vocals.

Back home, the band have upcoming gigs in London April 20th, Roisin Dubh – Galway April 27 and the Sugar Club – Dublin May 4th, as well as a upcoming 2FM session and an interview in the next issue of Hot Press. Check out other tracks on their Myspace page and their official website.