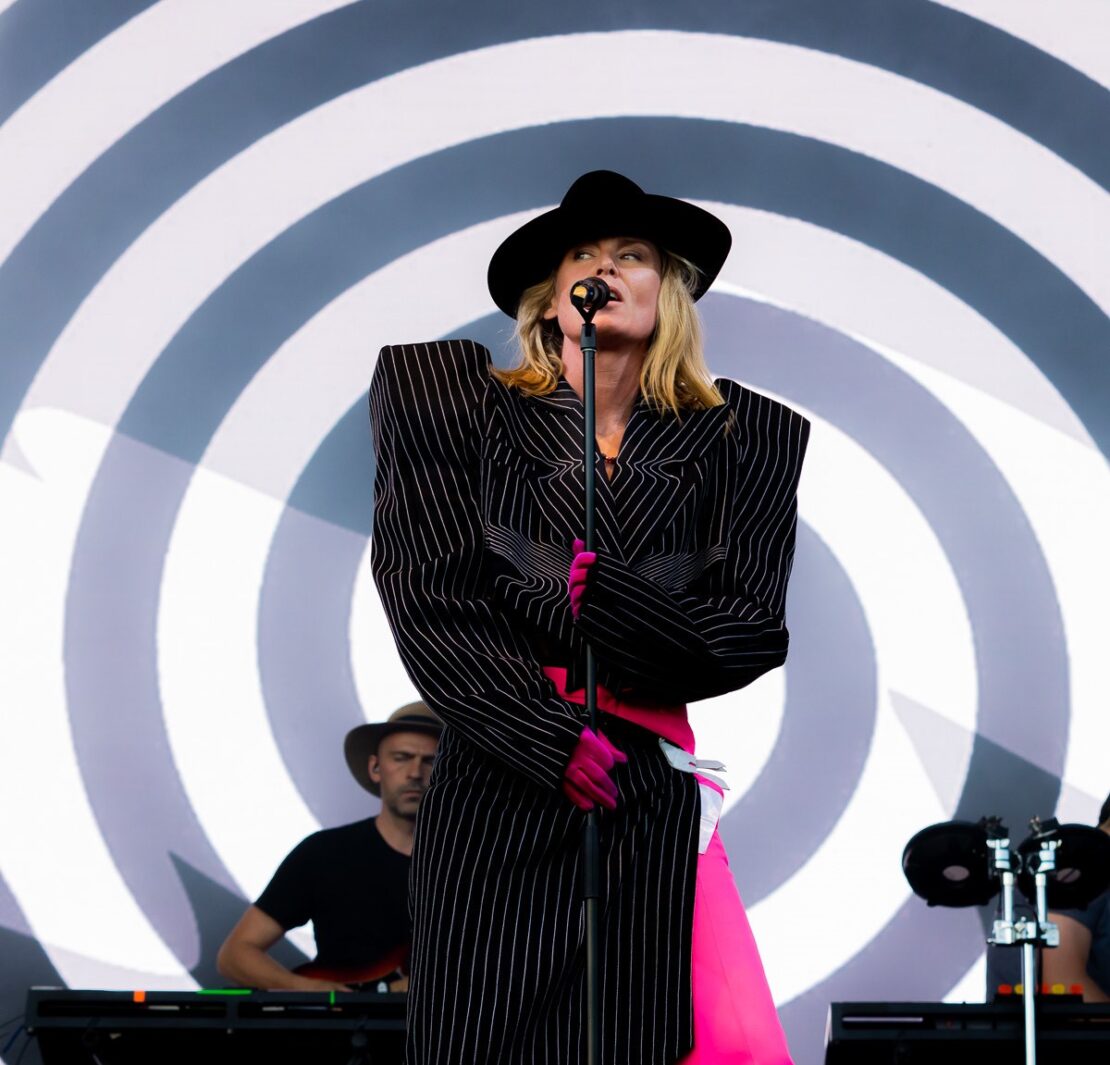 The Busk vinyl compilation of live performances from St. Patrick’s Cathedral is released in aid of Dublin Simon Community this December

Róisín Murphy was the first artist announced for next summer’s Trinity Series. The Irish disco-queen’s return is outdoors at Trinity College on July 2nd 2023.

Tickets from €49.90 plus fees are on sale this Friday November 4th at 9am.

Pulp have announced a gig in Dublin next summer on Friday 9th June at St Anne’s Park as part of their UK and Ireland tour.

Other Voices have announced the first acts to play the The Church, as part of the Dingle festival this December 2nd to 4th for the TV show and music festival’s 21st birthday.

All Church sets are streamed live worldwide via the Other Voices YouTube, and tickets are only given away for the Church.

The first 20 acts for the Music Trail was also announced and you can get tickets for that priced at €83 for the weekend.

Scottish alternative trio Young Fathers have returned with news of a new album, and that means a Dublin gig at 3Olympia Theatre, Dublin on Wednesday 1st March 2023.

Kimbra, the Australian alt-pop artist has been announced for a show in Dublin at The Workman’s Club on Saturday January 28th 2023.

Tommy Raps is on support for the artist who made her name with the song ‘Somebody I Used To Know’.

Tickets €25 plus fees are on sale Friday November 4th.

Tickets from €31.40 including booking fee on sale Friday 4th November at 10am.

Ahead of their sixth album Paramore have announced A UK and Irish tour starting at Dublin’s 3Arena on April 13 2023.

Bloc Party are guests on the tour and all dates are below.

The great folk singer-songwriter Sam Amidon has been announced for a Dublin show at The Grand Social, on Wednesday May 10th May 2023.

Robert Forster of The Go Betweens

Robert Forster is a Brisbane based singer-songwriter and author, formerly part of The Go Betweens. Foggy Notions has announced a Dublin date for Forster, at the Button Factory on Friday March 24th 2023.

District 8 Academy is a day-long series of electronic music workshops and discussions presented by District 8 & Elevator Program and taking place on Friday 18th November from 9am to 5pm at The Sugar Club.

Here are the first speakers on the day announced:

Cailín – Hailing from Waterford, Cailín has earned her reputation as one of Ireland’s leading DJs & producers. A firm fixture on District 8’s biggest line-ups.

Ellen Harney – Promoter and head booker with Bodytonic. One of Ireland’s most established event and hospitality groups.

Jim O’Regan – Booking agent at Wasserman Music. Representing some of the biggest names in the game such as Kettama, Ewan McVicar, Honey Dijon and more.

NANCY Live – One of the most exciting live acts in dance music. Championed by the likes of Carl Cox and beyond.

Obskür – Red hot up and coming DJ and production duo who carved their path during the worldwide pandemic.

Sam Sparrow – Leading creative at the number 1 club in the world, Hï and Ushuaia in Ibiza. Formerly of Defected and Ministry of Sound.

Saoirse – One of the most respected DJs & producers in the game. An Irish export with an extremely impressive resumé and passion for a good party.

The Busk vinyl compilation of live performances from St. Patrick’s Cathedral is released in aid of Dublin Simon Community this December