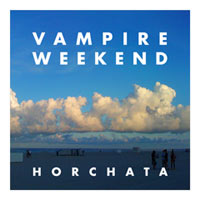 Los Campesinos! – These Are Listed Buildings

Vampire Weekend today released ‘Horchata’ a new song from their upcoming album Contra to be released in January through XL.

It’s no great change from their debut really but you’d hardly want them to go electro or something. It’s still the same old ‘perfect for a Wes Anderson’ soundtrack buzz going on here except with some added marimba.

This song is the opening track from Contra and Horchata is a Mexican/Latin American drink made with rice and nutes with origins in Ancient Egypt. See, you learn something new every day.