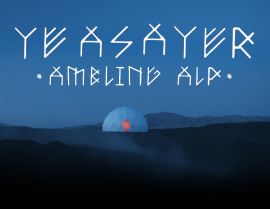 I was a big fan of Yeasayer’s debut album All Hour Cymbals . Since then, the band have got better live, appeared on the Dark Was The Night compilation, singer Chris Keating lent his voice to Simian Mobile Disco’s ‘Audacity of Huge’ and they contributed to various arrangements on Bat for Lashes’ recent album Two Suns.

With a new album called Odd Blood dropping in the first week of February through Secretly Canadian, the band have released a new single package with remixes from Dj /Rupture and Memory Tapes. The song itself is as focused as the band have sounded with electronic squelches, horns, delay and the rambling positivity I associate with this band. Mark Odd Blood in your calender.