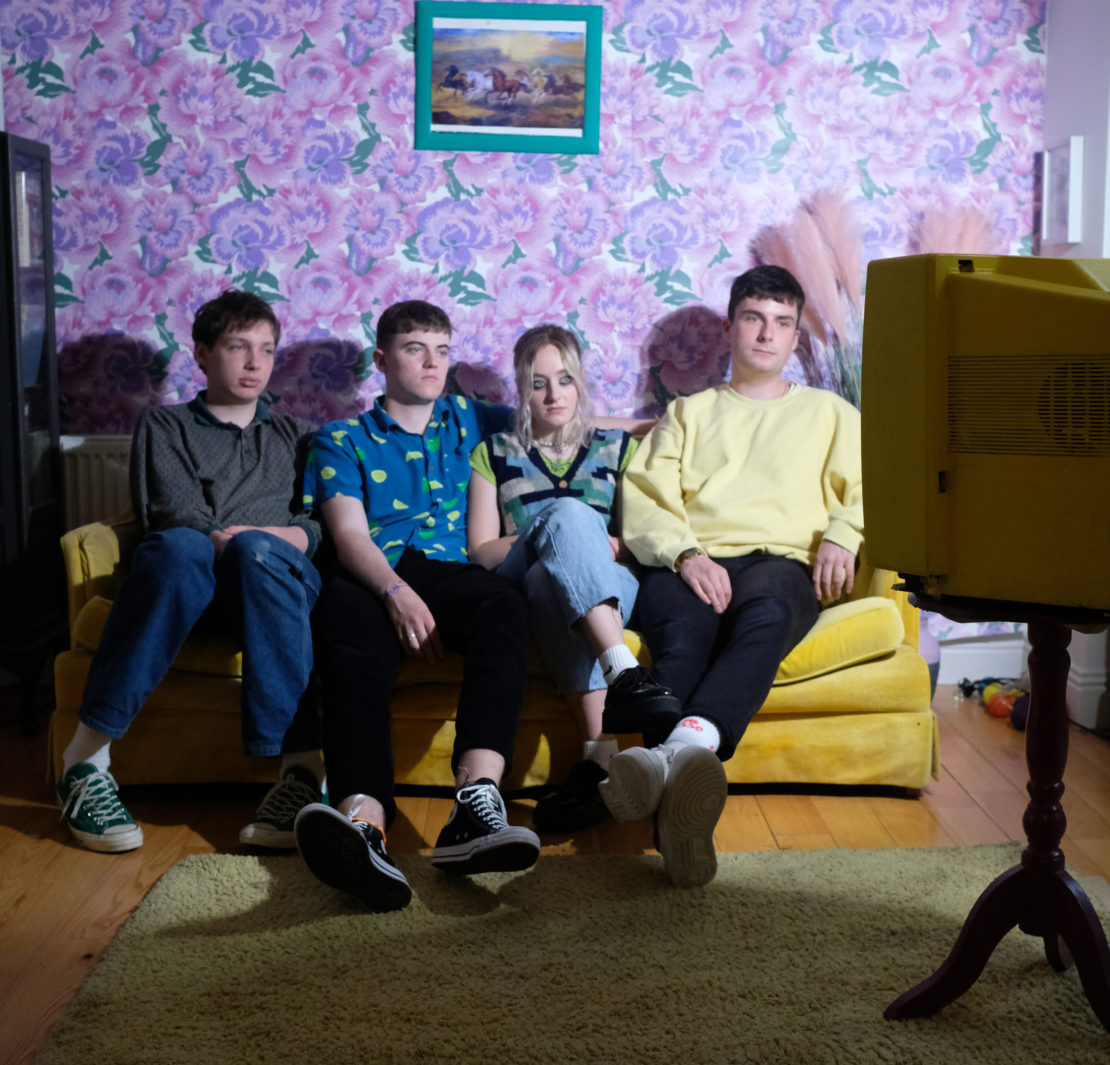 The Galway based dream pop NewDad previously featured here with their previous two singles ‘Swimming’ and ‘Cry’. The former is was a woozy slacker pop track while the latter we said was velvety rock band loveliness about a breakup.

Both songs were hugely impressive for the young band, and the newest also doesn’t disappoint.

‘Blue’, released on streaming services tomorrow, and marking their debut EP to come, is a confident dreamy indie-pop song lead by the vocals of Julie Dawson.

It’s a pity there are no gigs at the moment because I would like to hear this in person.

“The song describes a divide in a relationship. It tells the story from the perspective of someone who wants more, but the other person can’t give it to them. It is the feeling of holding someone back because you feel too blue.”

Each member of the NewDad has put together a Spotify playlist of tracks they love, by way of introduction: