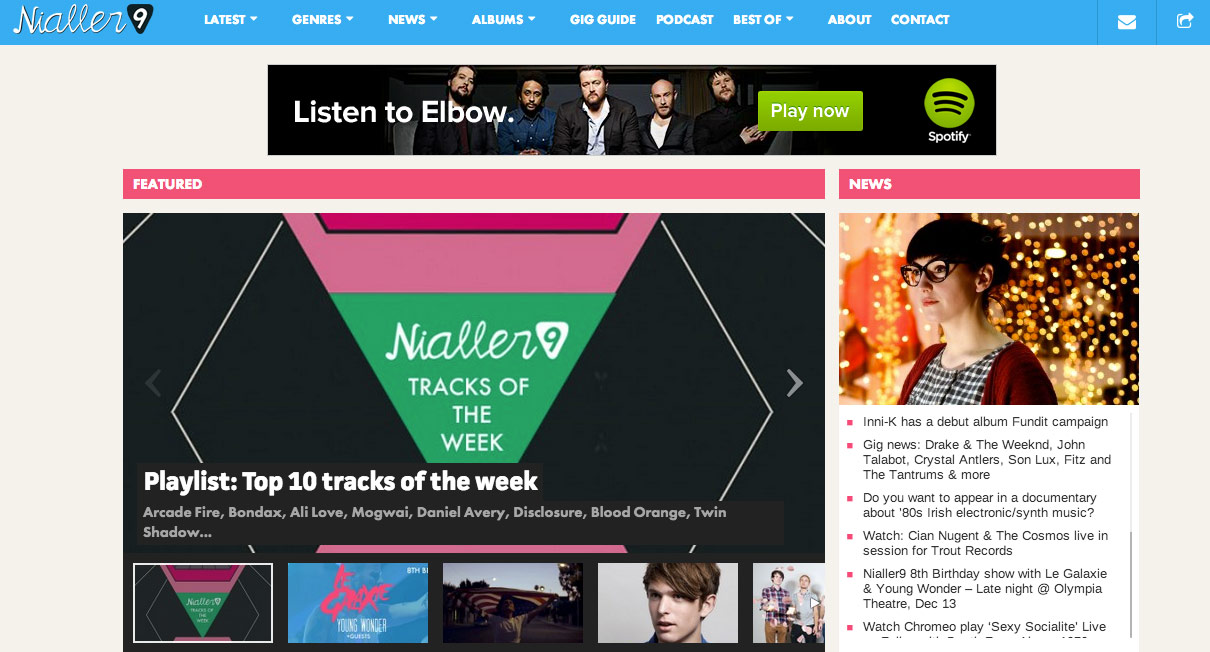 Today, I’ve launched the latest iteration of the Nialler9 site. Developed and customised by me (do you need a WordPress-based website done? ) in my spare time between April and November this year, it’s the fifth (maybe sixth) version of the site since it started in 2007 and it marks the 8th birthday of the site later this month, alongside the real-world event that is Le Galaxie and Young Wonder in the Olympia on December 13th.

This version of the site is the biggest overhaul of the blog yet. I’ve abandoned the chronological homepage format in favour of a more magazine-style format, a decision I resisted for many years. But the homepage is now built with the site’s information architecture in mind first. It’s content-lead rather than design-lead so you can find the latest and featured posts in an easier manner than before. It also means its easier to delve into older  posts via tabs and drop-down channels: whether you visit daily, weekly monthly or twice a year.

I’ll always have improvements planned for the site to make it easier to use. Over the coming months, the branding and minute responsiveness for different platforms will be addressed. And if you’re a developer who knows how to build a site-wide player or  develop a Spotify app, let’s talk.

As ever, if there’s any site problems you encounter do let me know too. Nialler9 is a one-man operation and I could always do with some helping hand on these matters. You can also find Nialler9 here:

Listen to Nialler9 playing tunes on BBC’s Across The Line