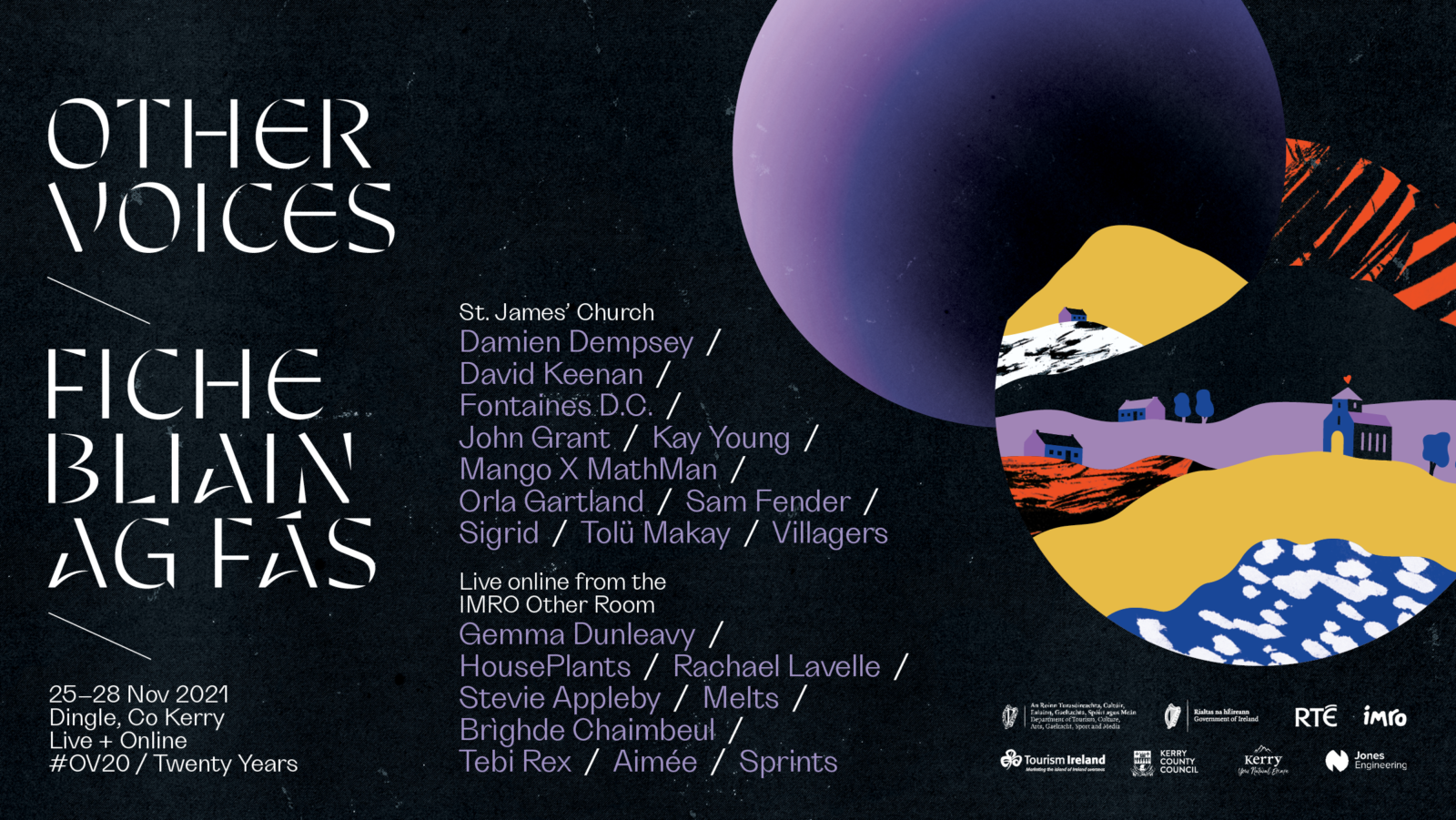 Other Voices have revealed the full lineup for St. James Church and the IMRO Other Room shows that will be broadcast live online for all to see next weekend.

Other Voices returns to Dingle next weekend November 25th to 28th and they have added Sam Fender, Damien Dempsey, David Keenan and Orla Gartland to the Church lineup while Aimée, Brìghde Chaimbeul, Sprints and Tebi Rex will be performing in the IMRO Other Room.

All of the performances at the Church of St James and the IMRO Other room will be streamed live to venues throughout Dingle and will also be available to view free of charge on YouTube and Facebook. Fans can set reminders for all four nights of livestreams now on  YouTube.

But OV have been busy and have lots on at the moment:

In Dingle, the Other Voices presents lineups in two venues look like this:

All shows at An Díseart are now sold out, however limited tickets may be available for Hillgrove concerts here.

Other events taking place as part of Other Voices include:

The Ireland’s Edge Live event is sold out however two special online broadcasts will air on Tuesday the 30th November + Wednesday the 1st December at 7pm.

Banter returns to Dingle for Other Voices 2021. It’s our 10th year to set up shop by the fire in Foxy John’s for a weekend of conversations including the Nialler9 Podcast’s own Andrea Cleary. You can see the full Banter line up here.

Last week Other Voices announced an anniversary photo book celebrating twenty years of Other Voices. The book was curated and edited by Rich Gilligan and designed by atelier and is available here.

Hen’s Teeth Presents: 20 X 20 is an exhibition and a limited run of prints on show in Hen’s Teeth, Dublin 8 at the moment, in collaboration with The Tenth Man and marks the 20 year anniversary of Other Voices. 20 Irish painters, designers, photographers and illustrators were invited to each create a piece of art based on some of the most iconic lyrics performed on Other Voices stages.

The artists who contributed to this project are:

You can buy prints here.