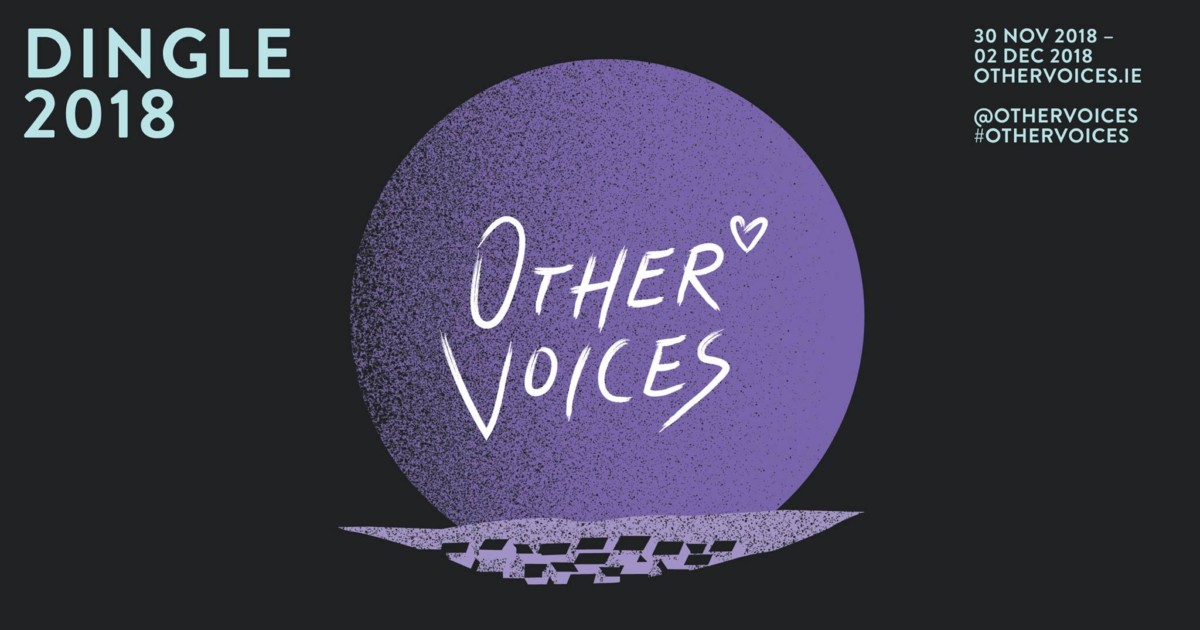 Other Voices returns to Dingle from November 30th to December 2nd this year and the organisers have announced first details.

As previous years have been over capacity in the Kerry town, the organisers are asking people to register to attend for the price of €30 plus fee to cover the costs of 100 gigs and talks taking place. Hennessy is to sponsor the Music Trail yet the organisers say “while there are some sponsors on board, it only part-funds the weekend,” and that “this registration fee will go towards ensuring an event that meets the highest standards for all attendees.”

With more to be announced shortly.

All attendees who register in advance will have their names entered into draws to win tickets to St. James’ Church, signed Other Voices posters, tickets for Ireland’s Edge, Other Voices merchandise and much more. Gigs in An Diseart, An Chonair, Nellie Fred’s and McCarthy’s will only be accessible to those who have registered and collected their wristband in the Other Voices Hub.

Six upcoming live acts recorded for TV in front of a live audience and include:

The final performance slot at the IMRO Other Room will be decided by the public through the IMRO Other Voices Open Call with RTÉ 2FM and is open until midnight on Sunday November 11th. Artists who submitted through the Open Call for Other Voices Ballina earlier this summer will automatically be entered for consideration and do not need to re-apply. A shortlist of artists will be curated by music and music media professionals and this shortlist will be announced on the Tracy Clifford Show in mid-November, when music fans can choose their favourite track from the selection published on the RTÉ 2FM website. The artist with the most public support will be the nominated Listener’s Choice and will be invited to take the final place on the IMRO Other Room line-up at Other Voices in Dingle, which takes places on Saturday 1st December and will be filmed and broadcast as part of the 2019 Other Voices TV series on RTÉ Two early next year.

The culture and creativity series Ireland’s Edge will take place on November 30th and December 1st at the Dingle Skellig Hotel. Ireland’s Edge – Áit / Place will look at the theme of place, our personal and collective idea of identity and home, and how social, political and environmental change can disturb, disrupt and dismantle our understanding of what ‘place’ means. These themes will be examined in the company of an engaged, curious audience, and panels of thinkers, policy makers, innovators, commentators and artists. The two-day event will feature contributions from Ciarán Devane, British Council CEO and Chairperson Designate of the HSE, Carole Cadwalladr, Journalist at The Observer and 2018 Orwell Prize recipient, Professor John Naughton, Author, Internet Historian and Senior Research Fellow at the Centre for Research in the Arts, Social Sciences and Humanities (CRASSH) at University of Cambridge, H.E. Mrs. Deike Potzel, German Ambassador to Ireland, Billy Mag Fhloinn, Performance Artist, Folklorist, Musician and many more. Tickets for Ireland’s Edge – Áit / Place are priced €15 and available now at www.eventbrite.ie. For more information see www.irelandsedge.net

Other Voices Dingle 2018 is made possible with the support and partnership of RTÉ, Department of Culture, Heritage and the Gaeltacht, Kerry County Council, Hennessy, IMRO and Fáilte Ireland.