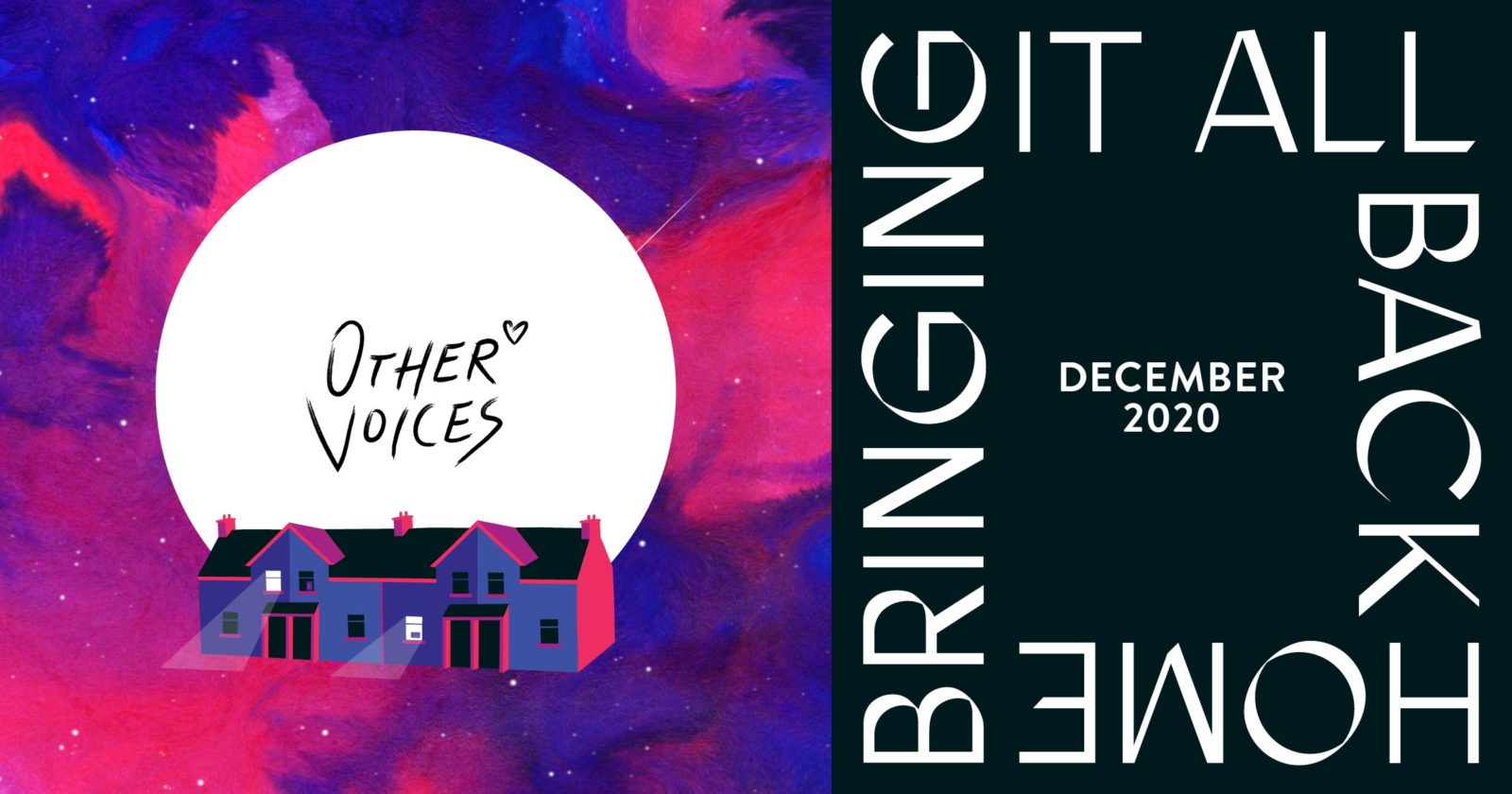 For many people in the Irish music community, Other Voices in Dingle was the last bastion of hope for a bit of a shindig before 2020 was out but COVID’s up and down of numbers and the increase of restrictions put paid to the idea that we’d be heading down to Kerry this December.

Undeterred, as they have proven with their Courage series this year (which they say has amassed 2.5 million views across its broadcasts), Other Voices will return to Dingle to stream the year’s homecoming event from the church of St. James on the main street of Dingle.

Performing live at OV this year will be:

A lovely lineup but we’re a little heartsore we don’t get to return to visit Dingle in 2020.

This year, Other Voices will be working with the St James Restoration Fund and the Artists Covid Relief fund. More information on these partnerships coming soon

This live stream event is made possible with the support of the Department of Tourism, Culture, Arts, Gaeltacht, Sport and Media, Kerry County Council, Tourism Ireland, IMRO, RTE Jones Engineering Group and eir.

The Minister for Tourism, Culture, Arts, Gaeltacht, Sport and Media, Catherine Martin, T.D., said: “Cultural events such as Other Voices Dingle continue to be a soothing balm in these challenging times and the importance of this aspect of culture can be seen in the continued and unprecedented government investment in the sector. I am happy to support this event which reminds us that when times are difficult, it is often our artists who offer us hope.”

Other Voices founder Philip King said: ‘We are absolutely delighted that Other Voices will be going ahead in Dingle again this year, streamed live , from the West of Ireland to the world. This year, the thousands of people who come to Dingle for Other Voices can’t come. The hundreds of thousands of people who normally come back home to Ireland for Christmas can’t come.  Thankfully, with the support of Minister Catherine Martin and her Department, our artists and crew are able to be in Dingle to produce an extended Other Voices festival – Bringing It All Back Home – that will be streamed live over five nights. We will collapse distance between the Church of St James here in Dingle, in the Gaeltacht of West Kerry and homes all around the island of Ireland and across the whole wide world. It will be an experience like no other, in a year like no other. You are invited to take the best seat in the house.”

Chief Executive at IMRO Victor Finn: said “It’s important this year in particular that we have continued to provide an International stage for emerging Irish artists. Other Voices provides a unique platform for our music to reach all corners of the globe through online and global television outlets”.

Executive Producer at RTÉ Justin Healy said: “This year more than ever supporting Irish artists couldn’t be more important to us, and in Other Voices we have a unique opportunity to bring their work and the magic of Dingle to a worldwide audience. We are delighted to continue to support Other Voices and look forward to bringing this years special series to our audience on multiple platforms. “

Chief Executive of Kerry County Council, Moira Murrell said: “Kerry County Council is proud to support and be associated with Other Voices. The event continues to showcase an array of musical and artistic talent and also generates significant international profile for Dingle, Corca Dhuibhne and County Kerry. This year, more than any, has shone on a welcome spotlight on the importance of the arts in our lives and in that context, Other Voices is a critical part of that artistic endeavour and offering.”

Other Voices is made possible with the support of the Department of Tourism, Culture, Arts, Gaeltacht, Sport and Media, Kerry County Council, Tourism Ireland, IMRO, RTE, Jones Engineering Group and eir