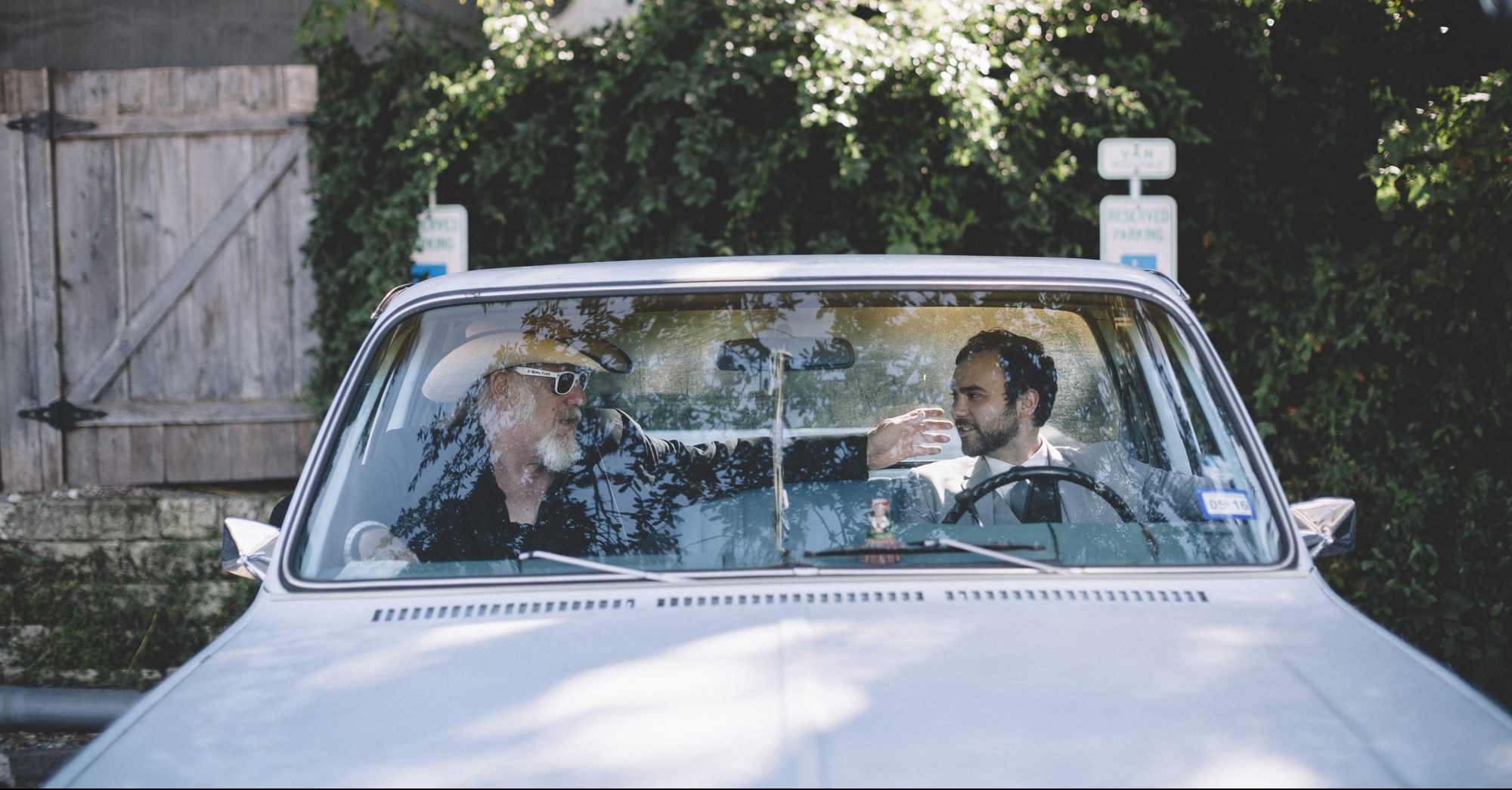 It’s not as much of a stretch to draw comparisons between the town of Dingle, Co Kerry and Austin, Texas as you’d think. Both have been magnets for musicians, artists, hippies and freaks of all kinds for years. Austin also happens to be located in what’s known as the Hill Country where it rains more than enough to make the surrounding countryside pretty darn green by Texan standards.

When I first moved here, I was warned by other musicians never to talk bad about Willie Nelson or local rock band Spoon. The pig-tailed country music legend has his own statue downtown. Adoration for Spoon isn’t quite at that level yet but their contribution to the local music scene is widely recognised and respected. This commitment to musicians, old and new, has helped to the city of Austin being branded as the “live music capital of the world”. The annual SXSW festival has contributed in no small part to this label too. The amount of live music on offer here on any given night is definitely impressive. Could Dingle’s thriving music scene compete? Given the obvious size difference, it’s a pretty unfair comparison, but Dublin could give the Texan capital a run for its money.

For me personally, a number of coincidences made the recording of an episode of Other Voices in Austin quite meaningful. I performed on the show with Dublin alt minimalist outfit, Saso, in 2007. Then having moved to Austin over a year ago to try and carve out my own niche in the music scene, it was weird to learn of the proposed location for the Dingle-based TV show. When invited for a tour of Arlyn Studios a few weeks back I got on my bike, put the address into my GPS and 30 seconds later I had reached my destination. To borrow from the poetic genius that is Governor of Alaska, Sarah Palin, ‘I can see Arlyn Studios from my house.’ I just didn’t know it.

If Walls Could Talk…and all that

Two black doors into a nondescript building are all there is in terms of an entrance into Arlyn. Blink and you’d miss it. But no sooner than you walk into the place do you realise the importance of the recording facility to Austin’s reputation. The location for Other Voices in the US might not be as old as St James’ Church in Dingle (Arlyn Studios was set up in 1984) but between Kris Kristoffersson, Bonnie Raitt, Sublime, Andre 3000, Frank Sinatra, Coldplay, James Vincent McMorrow, Neil Young, Ray Charles, Robert Plant and The Strokes all making records there, it’s a pretty good spot in its own right too. (For more namedropping, check out the full client list.)

“so you run a TV show in a small town in Kerry, where only 80 people are allowed in the audience, nobody can get a ticket and no one knows when it’s on or whose playing, but it’s still really successful?”

Anyone who has ever been fortunate enough to attend an Other Voices recording will agree a number of indefinable ingredients – not to mention 15 years of blood, sweat and tears from producers Aoife Woodlock and Philip King – have all helped to make the TV show so special. Watched on TV, it serves as a perfect illustration of the old Steve Jobs tenet: “simplicity is the ultimate sophistication.” It’s just a tiny church in a small town in Kerry but somehow major international music acts come knocking on the production team’s door asking to play the show. That’s because it may look straightforward but there is a large production crew busily working in the background to make it all come together.

Explaining how the show’s unique draw has come about isn’t as simple. In an interview with Philip King last weekend in Austin he noted how a local man, unfamiliar with the Irish TV show, put it best when he somewhat rhetorically asked: “so you run a TV show in a small town in Kerry, where only 80 people are allowed in the audience, nobody can get a ticket and no one knows when it’s on or whose playing, but it’s still really successful?”

This kind of vague understanding of the Other Voices platform is therefore not an easy thing to try and recreate anywhere else. So the organisers of the Austin leg – Graham Brown, Lisa and Freddy Fletcher, Woodlock and King – decided to try to emulate the feel and visual production values of St James’ Church in the recording studio in Austin, Texas by bringing the veteran Irish crew over to make it work in a different setting. Church pews were acquired and the familiar Other Voices heart logo was combined with the Texas lone star.

The line up for the show wasn’t made public until days before the event itself with a couple of last minute changes. Unsurprisingly, many of the acts were Austin or Texas based – Sweet Spirit, Dale Watson, Wild Child, Asleep At The Wheel – as well as some Irish artists like Colm Mac Con Iomaire, Iarla Ó Lionaird and Aoife Donovan. But the timing of the recording to coincide with Austin City Limits (ACL) Music Festival was no fluke. Over the two weekends in October this huge music festival takes place every year, Austin becomes home to literally dozens of big acts (Radiohead booked out an entire hotel on my road for two weeks). This got the rumour mill turning with everyone from Willie Nelson to the aforementioned Radiohead tipped to play Other Voices. Mumford & Sons were the surprise special guests on the Saturday night though and they didn’t disappoint.

Country legends Asleep at the Wheel were one such surprise. The band have been touring for almost fifty years, with some personnel changes. But they’re an institution round these parts, especially co founder and front man Ray Benson, who looks like a honky tonk version of Lemmy from Motorhead. From the looks on the production crews faces, Asleep At The Wheel went well over their agreed set time when they finally ended on a song entitled ‘Big Balls in Cowtown’, which allegedly got them banned from BBC Radio in the mid seventies.

Austin heroes Sweet Spirit could barely fit on the stage but that didn’t stop this incredibly tight and upbeat eight-piece rock pop group from filling the studio with oodles of energy and excitement. At one point lead singer Sabrina Ellis even had to puke a little after a song. Rock and fuckin’ roll ladies and gentlemen.

Having never heard anything from them prior to the show, Wild Child, also a local act, gave me the initial impression of ‘hipster over substance’ upon walking to the stage. And when the drummer used his thighs and nothing else for percussion, I wasn’t expecting much. But I have never been known for my good judge of character. Their music was clever but also joyous, kinda like if Arcade Fire were happy. Wild Child’s unique brand of indie folk rock also had a really unexpected – but welcome – groove to it which, at times, had us all shaking our behinds in the church pews.

Gregory Porter was the high point of the entire weekend. Porter is a big dude with a huge, soulful voice. His performance was spine-tingling but then he hung out for hours after the show, eating Texas BBQ and drinking liquor with us common folk. Love da.

Assuming the experiment is deemed a success by Irish viewers once the show is finally aired on RTE in early 2017, this may yet another strand of adventure for the little TV show that has in recent years, gone to London, Derry, Latitude Festival and Electric Picnic. If we can/should read anything into the fact that the cast and crew partied at Arlyn Studios till 7am on Monday morning (after all the weekend’s work had been completed, I might add) I guess we can assume they thought it was a success.

Listening Post: Nite Jewel on some of her favourite songs