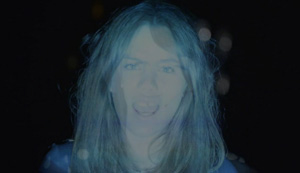 Liverpool’s Outfit release a self-directed video for ‘Two Islands’ which first came out on Double Denim. The song was supposedly written while they lived “in a 23 bed house in Liverpool and examines the blurring lines of party and after-party.” The people in the video are their former housemates and the overall effect is one that attempts to conjur up “half-remembered faces of any great period of your life.”