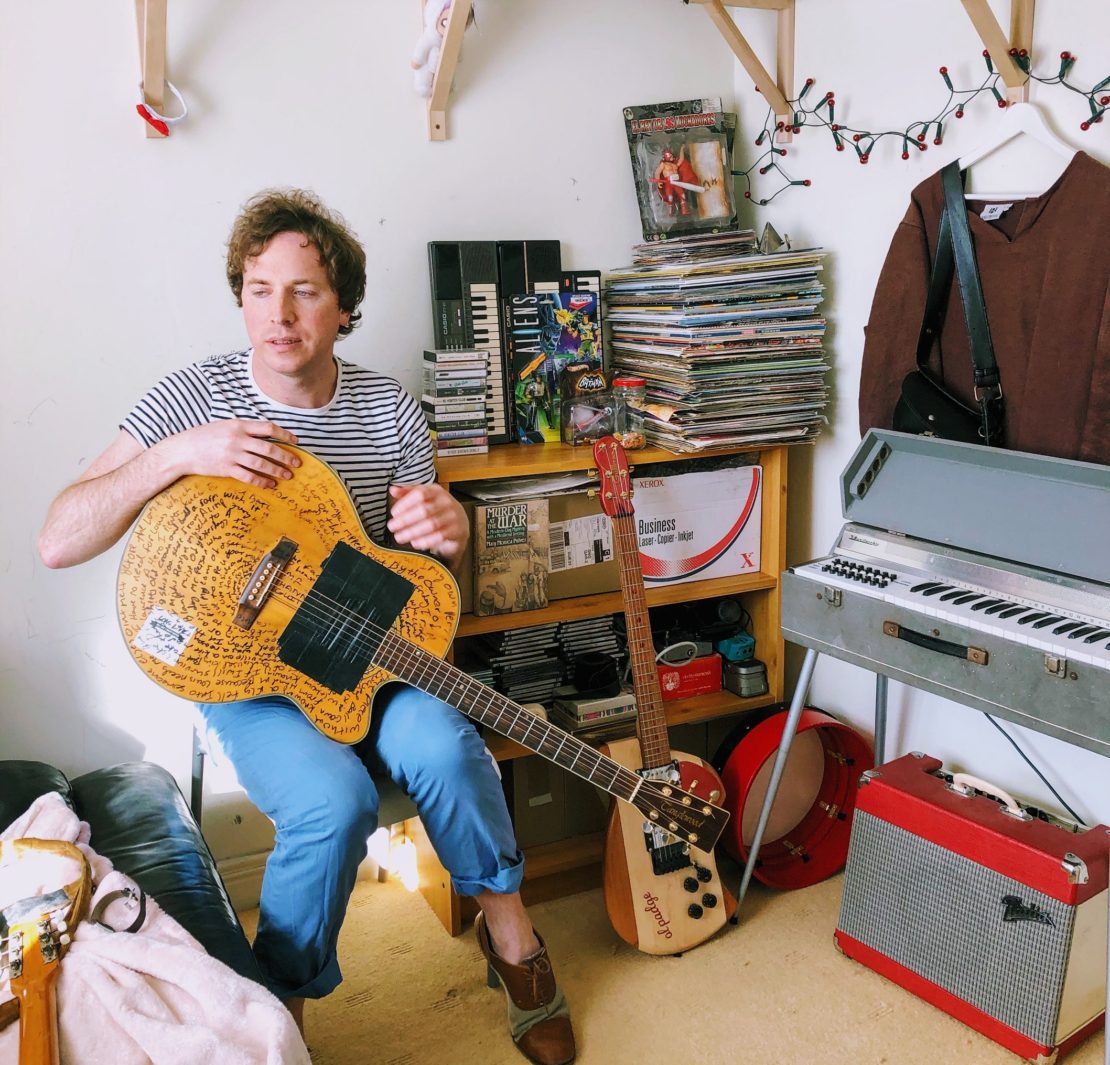 With his new record The Hill forthcoming on October 16th, Dublin musician Paddy Hanna has today shared the third single from the album.

After ‘Colosseum’, the “Doo Wop song about Gladiators” and ‘Cannibals’ the dusty song with the cowboy rhythm, here is ‘Sinatra’ the vaudevillian organ “Italian Murder ballad”:

“I was given an Italian Chord Organ from a friend as a gift, it was built in the early 60s and I was really rather taken by its sound, a sort of airy creakiness. When I sat down to play it for the first time I wrote Sinatra, which is I suppose a sort of Italian Murder ballad. I’m not sure why I would write such a song to be honest, I may have been in a vengeful mood, or perhaps the Chord Organ had some dark secrets and wanted to channel them through my fingers! we may never know”.

The album features Girl Band’s Adam Faulkner and Daniel Fox on Drums & Double Bass, Daniel Fitzpatrick (Badhands, The Mighty Stef) on guitar & Keys and Jill Redmond on Vocals. The record was produced by Daniel Fox and the artwork was designed by Jill Redmond.

The Hill is an internal musical about how the past and the present exist at the same time in our minds. It deals with the struggles of mental health, the sometimes difficult search for happiness and the moral conflict of growing up in Catholic Ireland.

Most importantly however, I just wanted to put the past behind me on this record, I wanted to leave it on the hill. I hope you enjoy my therapy”.

“Sinatra” is out now on all digital platforms. The Hill‘, is available to pre-order via https://www.strangebrew.ie/.

1.The Last of Their Kind

7.  Howling At The Duke of York