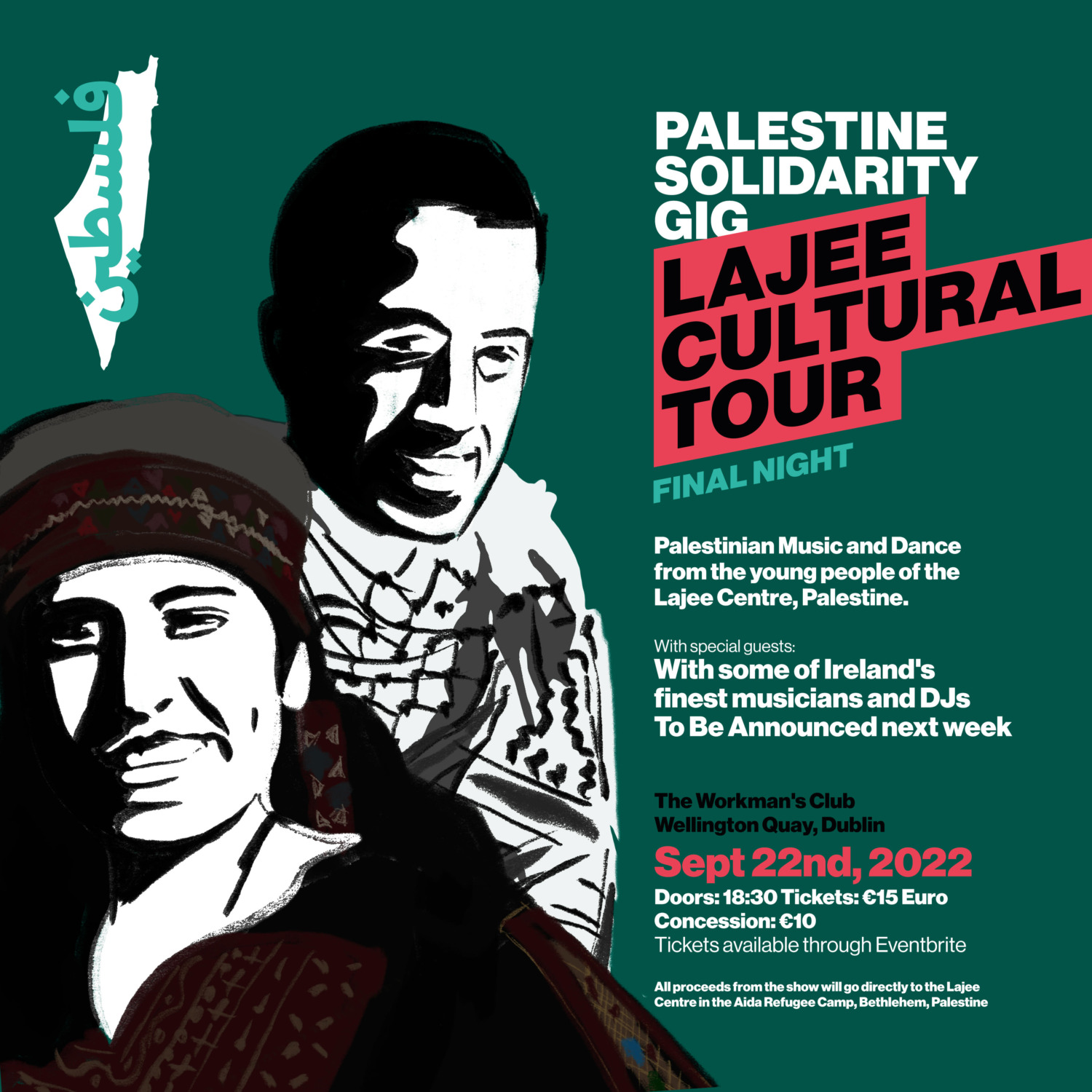 Lajee Centre is a group of Palestinian musicians and dancers from the Aida refugee camp in Bethlehem, in the West Bank who are currently visiting Ireland on a 10-day cultural tour.

The traditional musicians and dancers’ tour starts tonight at Liberty Hall in Dublin before travelling to Cork, Limerick, Kildare and Galway. The group will be meeting the Lord Mayor Of Cork and Áras an Uachtaráin during their trip which also features some demonstrations of their dancing on Grafton Street.

Their trip will culminate on Thursday September 22nd at the Workman’s Club with a gig hosted by MayKay (Fight Like Apes/ Other Voices) and  Ainle Ó Cairealláin (ACLAÍ) which is set to feature some prominent Irish musicians & DJs to be announced shortly who will play alongside the Lajee Centre. All ticket sales from the show will go directly to the Lajee Centre.

Tickets for the Workman’s gig are now on sale for €10/€15 from Eventbrite, along with tonight, Newbridge and Corks events.

Direct donations can be made to the Lajee Centre here: https://lajee.org/donate/