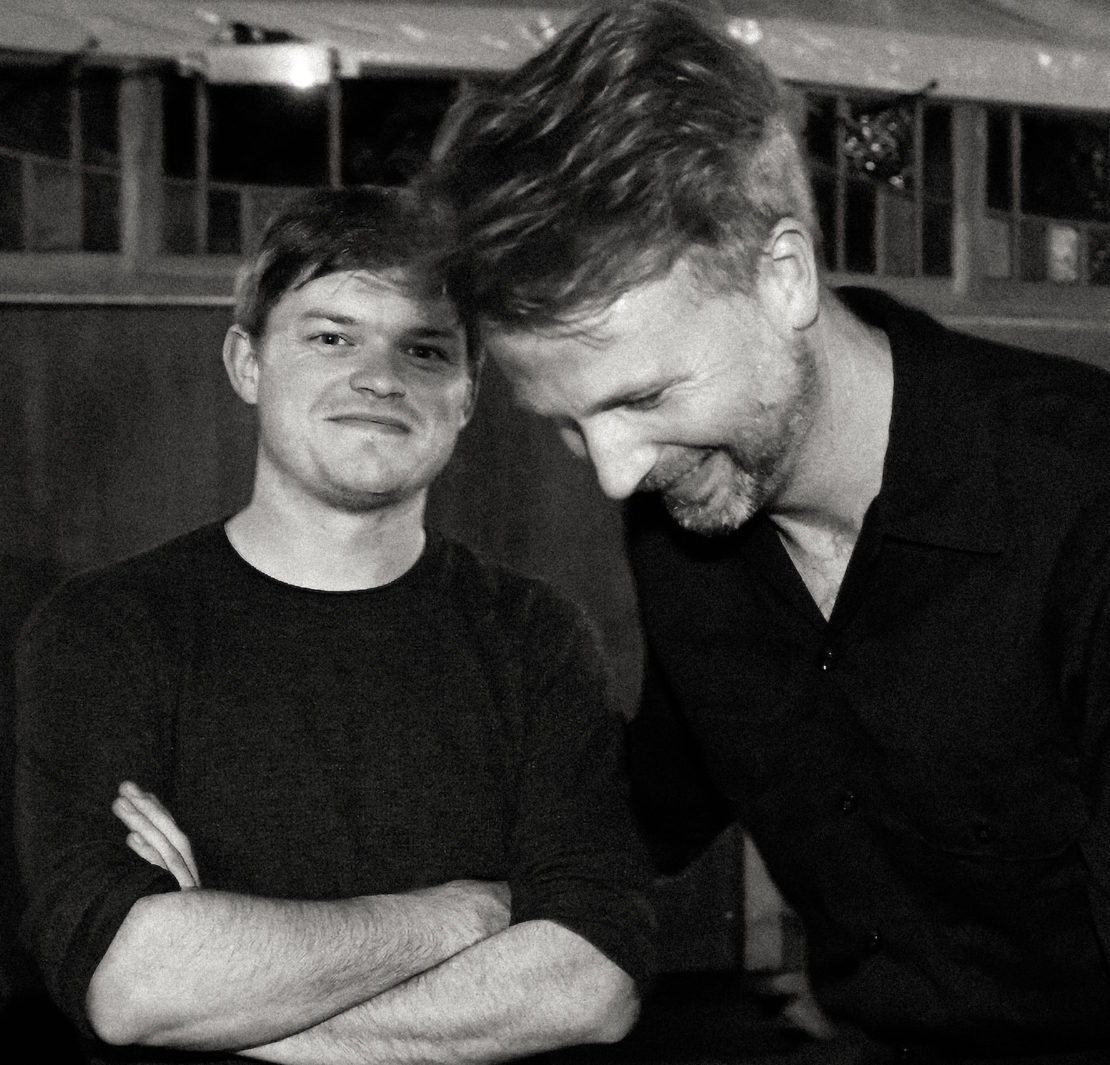 ‘What’s With All The Pine?’ is the debut track from the band, which bloomed from the pair’s collaborations on a Daithí song ‘Take The Wheel’, which lead to further collaboration and eventually a new band and a desire to make music they could play at a 2AM festival slot.

The band’s debut song is called ‘What’s With All The Pine?’ inspired by the Zoom windows into each other’s houses and rooms we’ve all experienced recently:

“Having made ‘Take The Wheel’ together for Daithí’s most recent record, I sent him a song last summer by way of a ‘Howaya?’, really, but also for his banger sensibilities!. We began trading ideas with the idea that whatever we were doing was not ‘Take The Wheel’, that we go the other way and make music that was visceral and a release of sorts.”

It doesn’t feel like one of us featuring on the other’s music – it’s greater than the sum of its parts. I’ve always worked as a solo producer so forming a band has been a lovely experience. There’s magic in seeing one of your ideas being worked on from a different point of view, sending music to someone you trust and having it return as a brand new piece of art. The more you work together on an idea, the further it goes until eventually you can’t see the seams. It’s something completely unique.”