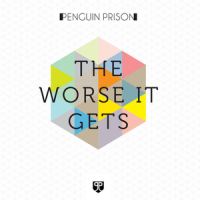 Neon Gold will release another double A-side single from Penguin Prison on March 22nd. ‘The Worse It Gets’ is the lead track and the B-side ‘Something I’m Not’ is this tasty bit of synth-led pop.

Look forward to the debut album later in the year andsome upcoming remixes of Goldfrapp and Jack Penate. For now, we have this:

Penguin Prison – ‘Something Im Not’

Pre-order from Pure Groove | US customers.

The IAMSOUND LA Collection: We Are The World