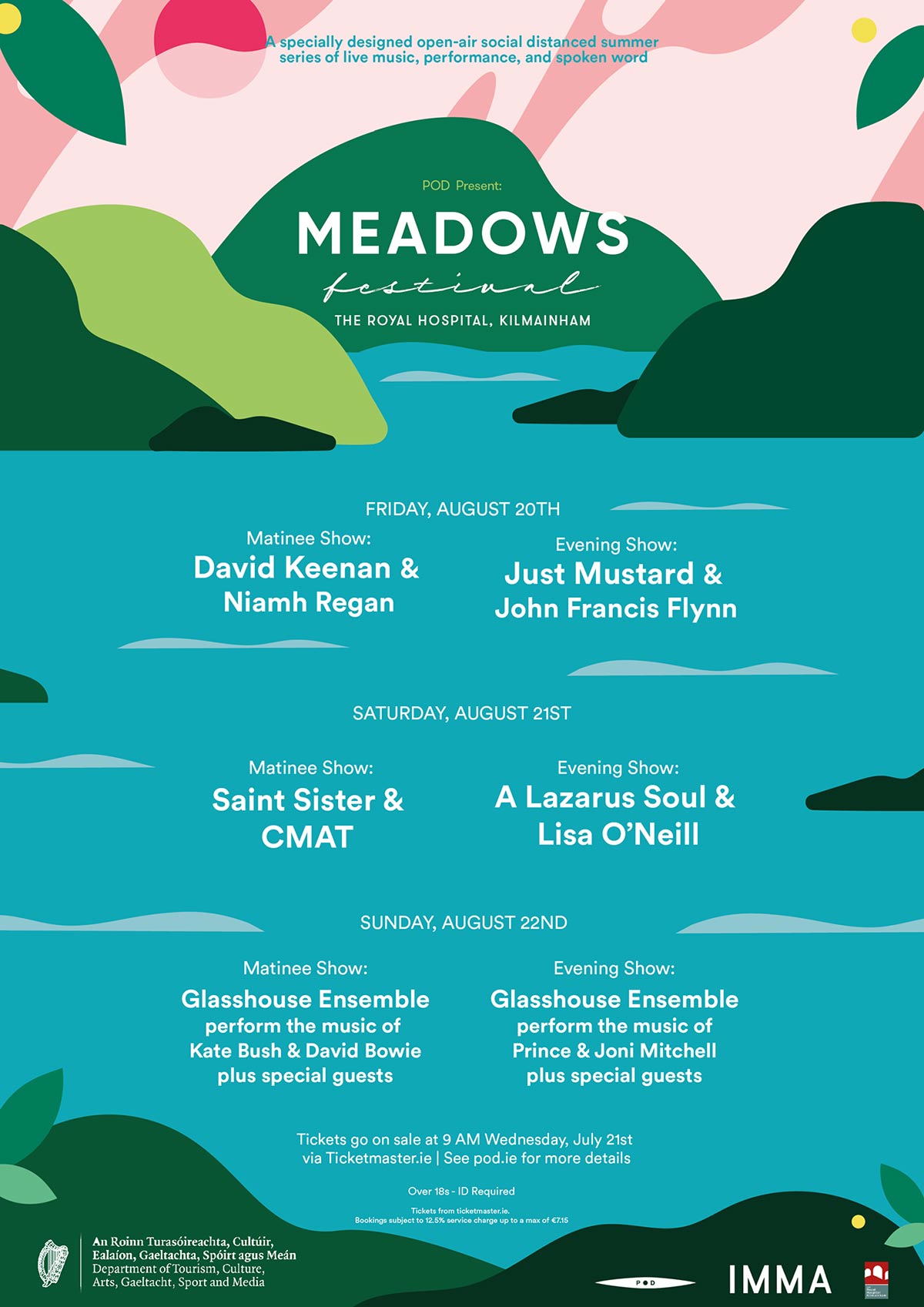 Eight separate socially distant shows, broken up by daytime and nighttime, will take place across a main stage outdoors at IMMA from August 20th – 22nd.

Guest vocalists will also to be announced, alongside live conversations, spoken word and interview events under the banner of All Curious Minds on Saturday and Sunday afternoons.

Tickets go on sale this Wednesday, 21st July at 9am via ticketmaster.ie and are available for each show in groups of 4 & 6 persons only. Tickets are priced at €19.10 per person plus fees.

Each group will be assigned a numbered pod at the event. Over 18s only.

Tickets will be very limited so these will be hot tickets.

Meadows Festival 2021 has been made possible with the support of the Department of Tourism, Culture, Arts, Gaeltacht, Sport and Media as a part of the Live Performance Support Scheme.