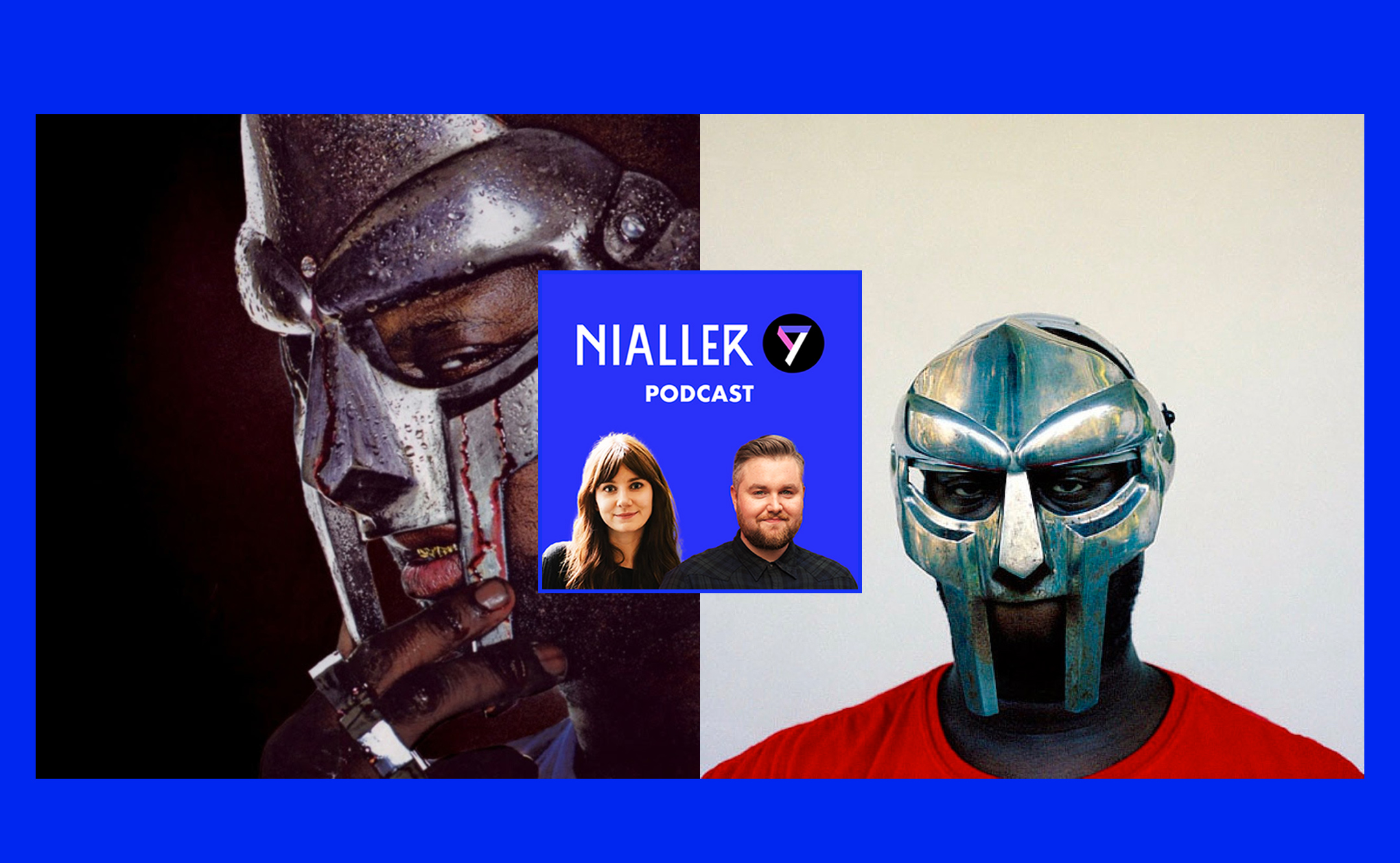 On this week’s podcast, Niall and Andrea are joined by writer Dean Van Nguyen for a deep dive into the life and work of the supervillain rapper MF DOOM.

Later in the episode we will hear from Tom Brown the founder of Lex Records who released the rapper’s latter era records, and the Irish promoter Mark Murphy of Choice Cuts, who brought DOOM to Ireland for two shows.

Both have some interesting stories to share about the chaos and pandemonium that DOOM brought to the live arena.

On New Year’s Eve , we received the news that one of the best rappers to ever do it, MF DOOM, had passed away. The news was announced on Instagram by his wife Jasmine and it turned out the rapper who self-styled himself as a supervillain, and wore a mask in public, had died, aged 49 on Halloween night two months previous.

The mysterious nature of the news of his passing, was in keeping with the persona and dastardly scheming that Doom, born Daniel Dumile had cultivated over his entire career.

Dumile was first known as Zev Love X, and along with his brother Subrock and Rodan was in the early 90s rap group KMD.  After one acclaimed album (1991’s Mr. Hood), Subroc tragically died and a followup album Black Bastards was never properly released.

Dumile, re-merged as MF DOOM at the turn of the century as the metal faced DOOM character, and quickly immersed himself in comic book villain-inspired self-produced albums that created a new mythos.

His MF DOOM discography would include classic rap albums  1999’s Operation Doomsday, 2004’s  Mm…Food, 2009’s Born Like This along with releases on split character aliases like King Geedorah’s Take Me To Your Leader, Viktor Vaughn’s Vaudeville Villain, both released in 2003.

Madvillainy, 2004’s collaborative album with producer Madlib as Madvillain is widely considered one of the best underground rap albums of all-time, with two elusive creatives ricocheting off each other’s oddball styles with disorienting brilliance.

There were also collaborative albums with Dangermouse as Dangerdoom, JJ Doom with Jneiro Jnel, Nehruvian Doom with Bishop Nehru and his Special Herbs beat series.

DOOM’s rap style was grizzled and dense  – complex, funny, eloquent and inventive in its use of stream of consciousness word collages and expectation-defying phrasing.

9 new songs from Irish artists you should hear this week