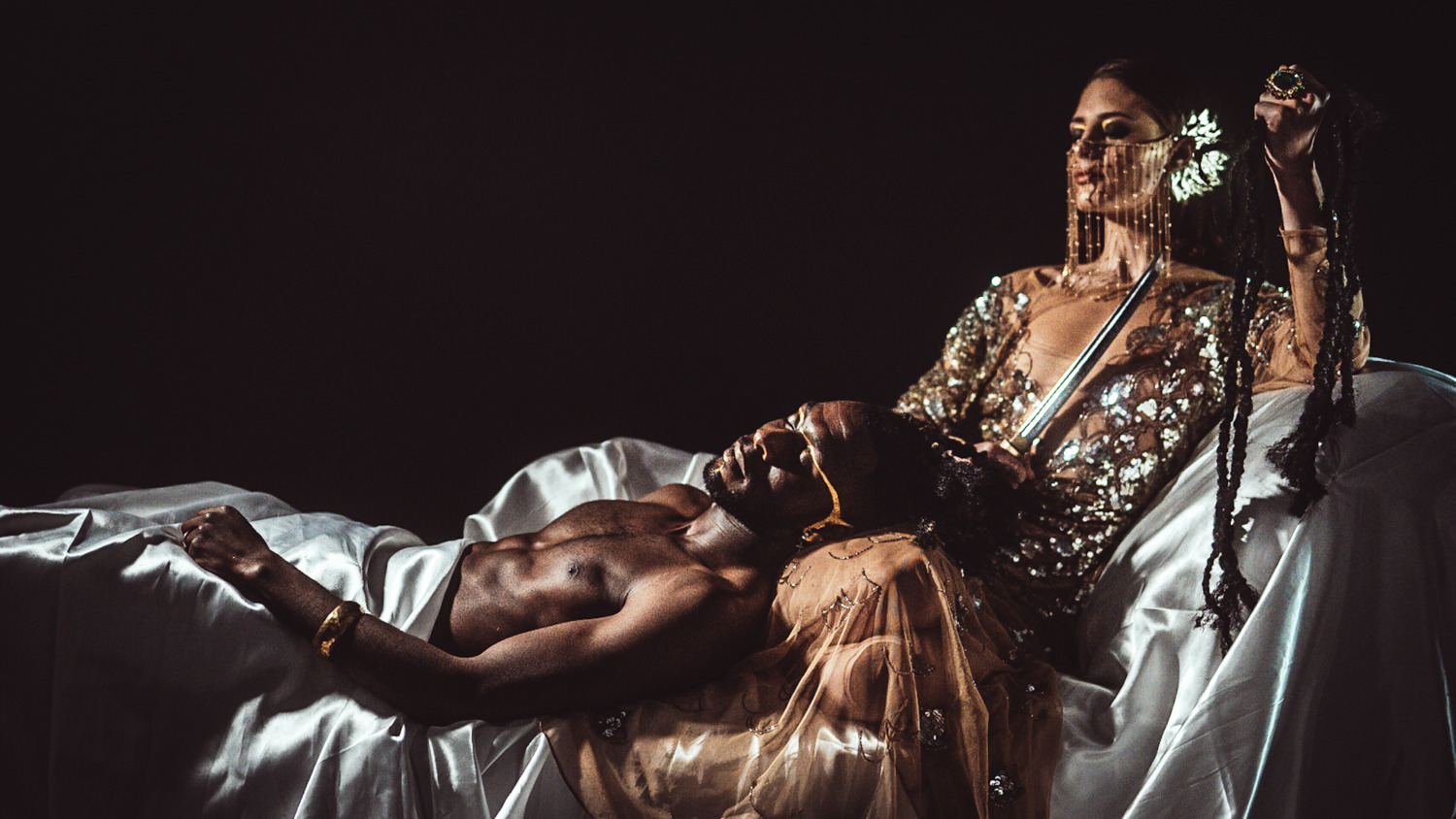 The Cork rap artist Olympio is marking European Black History Month with the release of a hymnal hip-hop song called ‘EPG’ which stands for ‘Exploitation, Power, Greed’ that is accompanied by a beautifully realised video by Andrea Williams & João Perdigao, underscoring the song’s themes.

Olympio grew up in Ireland and became aware of his Togolese heritage after a visit there. After learning exclusively about slavery and colonisation, visiting Togo illuminated the beauty and nuance of his ancestry and identity, and subsequently learned of a rich history previously unknown to him.

‘EPG’ is a song which addresses that history and frames it in a modern context, through Cork-lilted rap and a music video that shows that richness of culture through its stamps of creativity.

Of the song, Olympio says:

“EPG is a critical reflection of history, as it amalgamates with the current challenges we face as individuals but also as a society. The chant ‘Exploitation, Power, Greed, I can’t breathe’, captures the pain of the struggles that are not standing still but moving and constantly evolving. The song is one to invoke hope, not pity, it is a call to mobilise and see the powers that move the pieces. The enemy is not each other, the enemy is ignorance, the machine of systemic injustices and a history left behind and unacknowledged.“

And of the video, a deeper explanation is offered by the artist:

“In looking at the past, the warriors depicted in the video highlight the strengths of women that are often invincible in revolutions. EGP does not exist as one entity, the reference to the biblical story of Samson and Delilah highlight this form. The three EPG characters (depicted as three masked people with black suits) move between the past and the present, what exists as invisible forces in our society are now given faces and can be held accountable.

The triad that is EPG, is a force that has distorted and manipulated the truth,
invaded  human lives, eroded human rights, natural resources, and so much more. They have not only colonised nations but also history, creating narratives that invoke violence, acts of segregation that continue to persist. “I believed that there was no more to me and my history than slavery and colonisation.

Raphael believes that everyone can connect to these three words when it comes to a difficulty they are going through in their life – migrant or not. Many of his friends discuss their heritage and how they came to be the way they are. On a larger scale, people of colour and those from minority origins face a lot of prejudice and racism in the west today because of the colour of their skin, their identity, the cultures they practice, or the beliefs they hold. Their past is even exploited against them. In a sense, I’m calling it out. “

Raphael Olympio, known professionally as Olympio, is an Irish rapper, spoken word artist, singer and songwriter. Olympio is a proud Cork native with Togolese heritage. He first encountered music in church, where he developed a taste for live gospel music and also began writing poetry and fictional stories whilst in direct provision. In his early teenage years, he started composing songs, poems, and spoken word as he found it easier to speak up about the struggles of his life through music. On television, Olympio looked up to singers, actors, comedians, and just generally good entertainers who looked like him. Unfortunately, the media did not view people of colour in a positive light unless they were “entertainers”. As a result, these were his only role models when he was younger. Influenced by artists such as 2Pac, Jay-Z, 50 Cent, Kanye, Lecrae and Kid Cudi, Olympio aspired to be just like them. His communicative style has so far contributed to a number of collaborations and performances at Indiependence, Electric Picnic, Other Voices and more.

One milli on this song for auction

Ten milli if it makes the album

Up all night as we pray to God

Preacher man to the congregation

They take but never give

Black youth in the midst

Is this why you died?

Cause being black comes with a cost

The inflation got us rubbing our thoughts

Go back to your where from

A defence mechanism of the unknown

You only fear what you do not know

And If I go

Then give me back all the food and your camera phone

The clothes and medicine, I’m talking everything that’s African grown

give me back all my culture, your culture jacking, exploiting my rights

Blind the world with our poverty, why hide our beautiful sites

Give us back all our artefacts,

Our four fathers are screaming

Give us back our life

Our narrative is getting distorted

Deported, wiped of the planet, intimidated and incarcerated

Tired of being discriminated, tired of speaking up

Tired of being alienated, tired of waking up

Tired of being affiliated with stereotypes that infiltrate your every come up,

Come up, come up

I’m just trying to get the sun up

Sun up, sun up

I’m the son of a king

Yeah I’m just trying to get the sun up

Royalty in my DNA

Power took everything from my DNA