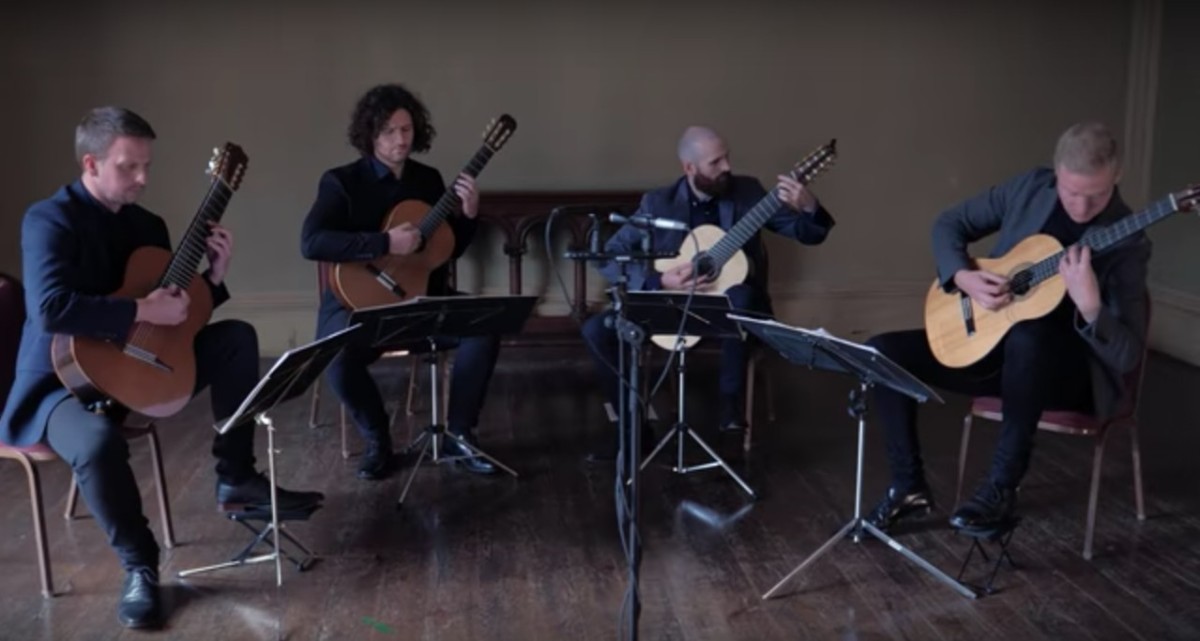 
The Dublin Guitar Quartet have released a live video for ‘Aheym’ which was composed by Bryce Dessner (The National) and originally composed for the Kronos Quartet in 2009.

The video was directed by Laura Sheeran in the ballroom at Charleville Castle in Tullamore Co Offaly.

This is the first of a series of videos to be released this year which will feature 90 minutes of footage in total, including music by Philip Glass, Rachel Grimes, Marc Mellits and Gyorgy Ligeti.