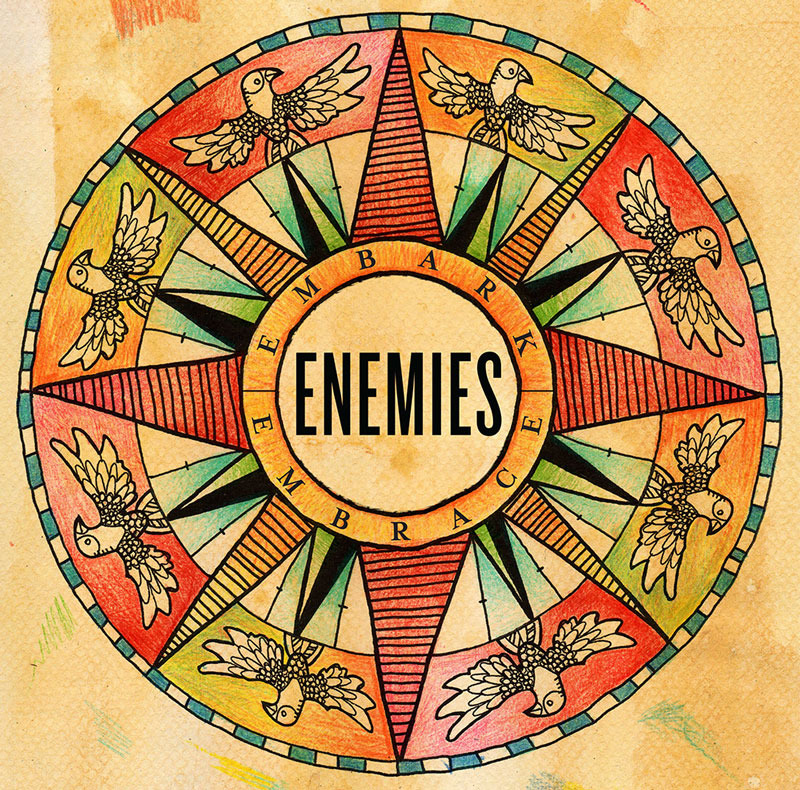 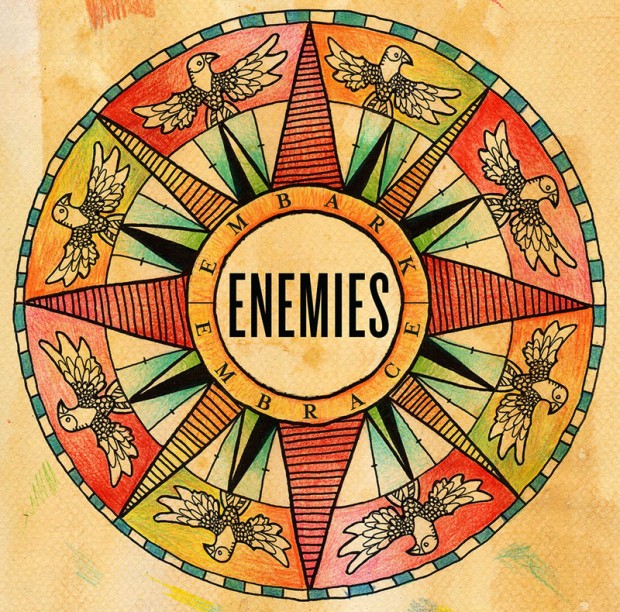 The second album from Wicklow band Enemies is the sound of musicians moving further away from the obvious with aplomb.

Where Enemies‘ first album, the Richter Collective-released We’ve Been Talking revelled in melodic instrumental rock and was definable by those parameters, Embark, Embrace is notable for the way in which the songs are less predictable than before. The muted melodic vocals from Conor Adams of The Cast Of Cheers on ‘Executive Cut’, the shimmer gauze on ‘Coral Castle’, the ambient bleeps aided by Heathers’ choral vocals on ‘Nighthawks’, the jaunty xylophone-sound of ‘Moesha’, the unfurling gentle build of ‘North West’ with Croupier’s Oisin Murphy on singing duties and the guitar-funk of ‘Indian Summer’ add previously unheard qualities to their music. Yet Embark, Embrace features the things that are recognisable as Enemies: a emphasis on melody regardless of instrumental focus underpinned by distorted and expressive guitars and drum rhythms. The album is a recalibration of the appeal of the band. Listen:

Embark, Embrace is out on May 10th on Heavyweight Records. Buy it at enemies.bigcartel.com/