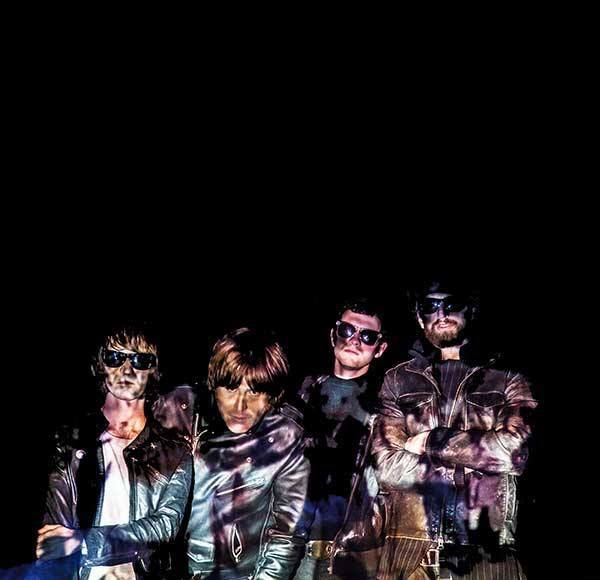 Stefan Murphy’s name is the title but The Mighty Stef are very much a band these days with three others Gary Lonergan (Bass, keys), Brian Farrell (drums, percussion) and Daniel Fitzpatrick (guitars / keyboards) contributing. They’ve spent some time earlier this year in LA recording a new album with producer Alain Johannes (Queens of the Stone Age, Them Crooked Vultures), the result of which was 15 songs.

Before that LP comes out though, TMS are releasing a 3-track EP of songs under the title Iveagh Flats which will give you a feel for what’s to come. It’s being released on Firstborn Analog 12″ vinyl.

The three songs touch on influential names in the rock’n’roll cannon: ‘The Nightwatchman of the Iveagh Flats’ has a similar lumbering rock gait that Queens Of The Stone Age have displayed of late with the exception of Stef’s more melodious classic rock vocals. ‘Vampire Hold Me Tight’ touches on classic in other ways with a Definitely Maybe-era Oasis riff which reveals itself to be of psychedelic punk song in nature (video is below). Track three, ‘The Hardship’ is the closest Stef vocally comes to Johannes collaborator Mark Lanegan with a low-tempo epic 8-minute track that has My Bloody Valentine-esque sonics matched with a Spiritualised-esque gospel sway. Get the EP at the shop.