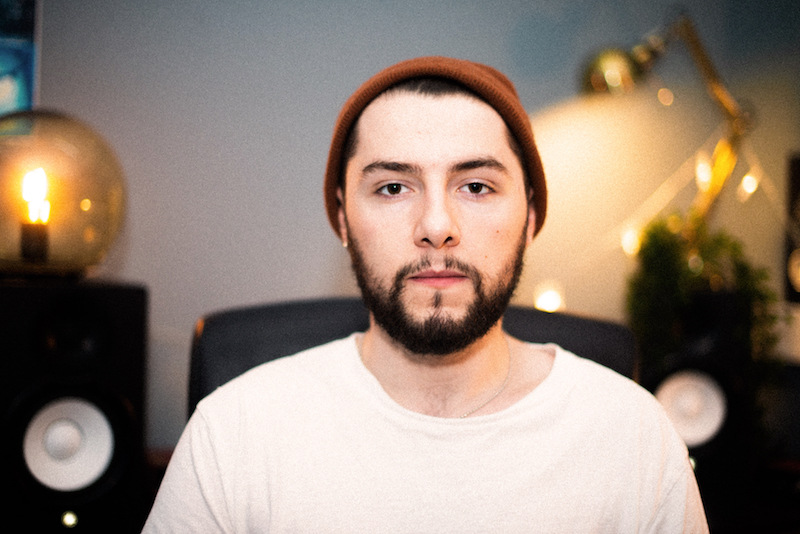 
If you’re well versed in the Irish music scene, you’ve probably tripped across Sam Killeen before.

The guitarist has performed with some of Ireland’s prolific original artists such as LAOISE, Loah and Day_S and has really made a name for himself as a dexterous and versatile musician in the industry. Now, Killeen is taking centre stage with a new original project titled SENU.

SENU combines a eclectic mix of influences including hip-hop, electronic beats and jazz improvisation into an authentic, cohesive sound and we haven’t heard anything else like it in Dublin recently. The music is diverse and wholly true to him; his debut single ‘Suffocating‘ (released last May) explored and warped an abundance of the styles and genres within the limitations of 2.41 minutes and he managed to fit in a rap performance from Loah there too.

Killeen’s second release under SENU comes in the form of a remix of a Tatsuro Yamashita tune ‘Love Talkin’. He has totally made the track his own by rewriting the core beat and bassline, sonically weaving his own mix of hip-hop and jazz influences into it. It renders head-bobbing an automatic reflux.

“When I first heard the original version of the tune I was struck by how much the track grooved, it made me want to dance straight away. I couldn’t help but gravitate to it. I wanted to take the song apart piece by piece and put it all back together. So I changed the tempo, rewrote the beat and bassline, and added a new melody with influences from some of my favourite hip hop & jazz artists. The next SENU single comes out in February 2019, so this is a fun remix to drop in the meantime.”

SENU is further proof that Dublin’s music scene is constantly evolving and exploring new territories. We can’t wait to hear more of this.