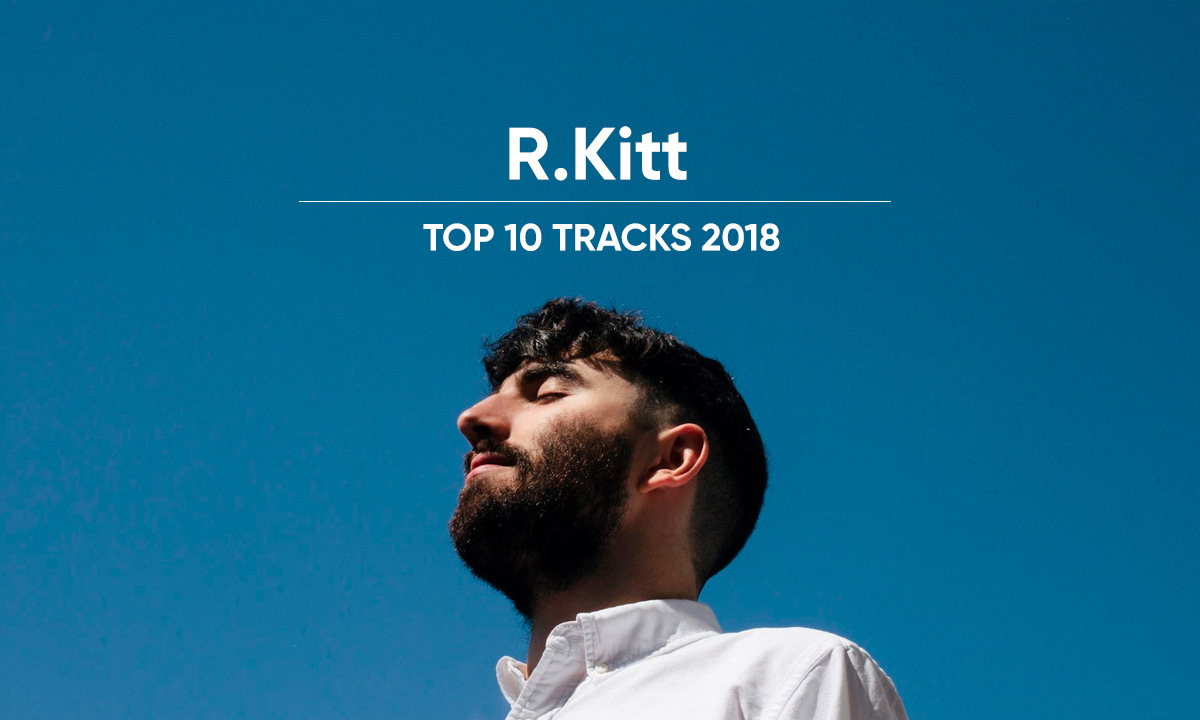 Premiere: Maria Kelly guides us through our first listen of her Notes To Self EP

One of our top 50 new artists of 2018 is Dublin-based electronic producer and Dublin Digital Radio DJ R.Kitt who released a couple of fine EPs this year.

I love the spectral beauty of Lone’s music. His Ambivert Series of EPs on R&S Records have been a treasure trove for emotional dingers like this one. A single heavy kick hits at the beginning of every bar, really pretty chords patter along throughout and the chopped transients of a vocal line cut above everything else. One for any time of the night on the right dancefloor; euphoric, lifting and immediately makes me want to sway and think about the things I love in life.

Another heartbreaker, but this one is definitely far more peak time banger. I’m pretty sure I first heard this tune played out by Cáit, who runs the Dip party with Enda and I, and she’s probably my favourite DJ in the country right now so it definitely colours the song in a good shade. That vocal sample of Strike’s ‘U Sure Do’ is a total earworm. It stayed in my head for months after the first time I heard it creeping back in every time I felt an inkling of heartache. If I didn’t dance to it, I’d probably be crying.

One of two off this list that you probably won’t hear in the club any time soon. Leon Vynehall’s album Nothing is Still diverged from his previous works with loads of cinematic live instrumentation being used where there was mostly synth and sample based material before. The electronic elements are still there, but balanced with a far more human injection of orchestration. The album is an ode to his grandparent’s emigration to America from the UK and the stories they made there. Each song feels like a snap shot of a journey deep in the past. The whole record is a pretty immersive experience. This particular song is broody and jazzy and patiently chugs along and is a great one to listen to on a rainy Monday evening when you’re not feeling the best.

G.E.O. Corp, who also makes tracks under the name George Earnest, is an incredibly talented Irish producer now based in Berlin. This track represents so much of what I love about his style. Deeply emotional melodies, dream like swells, it’s a proper journey from start to finish. You think you’ve reached an emotional peak, and he just keeps taking you higher. From the initial synth swells to the piano solos and the head down arpeggio swing that locks in at different moments of the songs, it’s achieves what a lot of tunes try to and just can’t; simple yet utterly complex. Really beautiful song this.

Another one laden with beautifully evocative melodies coming from Dublin producer/DJ/designer Melly on the ever forward thinking Irish label Major Problems. This record is so sick. You get lost in the countless arpeggios that weave in and out of each other but the build throughout the song is so natural at the same time. Every phrase lasts just as long as you want it to. Nothing is overworked but every element compliments each other. The structure of the song is meticulous. Each idea has such a clean, refreshing, natural flow. Like the coldest bottle of sparkling water you’ve ever had in your life.

My favourite “pop” song of the year, although ‘Thank u, Next’ definitely gave it a run for its money. The lyrics are filled with longing and Heloise Letissier’s vocal style really drives the groove. Dam Funk’s production input is pretty clear to hear harking back to 80s boogie tunes with loads of small elements all working together towards this slick, uniform, locked groove. How can you really breakdown a pop tune to be honest? It just does the job.

Fio Fa is one of the two heads behind Pear Records, along with Nevan Jio. As well doing amazing things for the electronic music scene in Ireland with the label, he’s also a ridiculously talented producer and DJ. The tight swing of his percussion shows an intuitive passion for the rhythms that drive dance floors wild. I think he’s a master of the locked groove, and his debut record on Pear this year was a testament to that. He makes the type of tunes DJs love to play, because they sustain the flow of energy in an organic, subtle way. He’s also an incredible sound young fella. Get out and support local people! These lads gave me my first record opportunity and are doing the same with a bunch of other Irish musicians, while also being incredibly talented people in their own right. Shout out to Pear and all the Pear Pals.

This one has been on the cards for years and it finally got released this year on Kenny Hanlon’s consistently solid Apartment Records. TR One is Eddie Reynolds, a techno master DJ based out of Carlow, but this track was made back when TR One were a duo with Eddie making music alongside the equally masterful Dean Feeney, now based in Toronto. Two of the best DJs to ever do it in Ireland, this one is a special type of energy builder on the dance floor. The whole record is a tribute to Sunday Times in Cork, easily one of the best clubs in the country, with other tracks from residents Colm K and Static alongside this one. Seeing it dropped at that club night earlier this year was a proper special moment.

The other one on the list that isn’t really for the dance floor. Steven Legget has previously put out jazz-infused house records, notably putting one such record on the previously mentioned Apartment records, but this year he diverged from that releasing this incredibly beautiful record. Lots of the songs start with the fizzle of found sound samples and crackly noise oscillators, which slowly give way to very processed yet deeply organic live instrumentation. Slow is the word for this record. Every time I listen I find nearly every part of myself drawing to a stop. Feels like my emotions are getting a massage. It’s cool to achieve catharsis without having to move a muscle.

Garies is an Irish dance music super group made up of Lumigraph and New Jackson. Both have serious experience under their belts and this year they pooled their knowledge and resources and came out with an absolute belter of a record on Major Problems. This one is my favourite off that album, a ghostly, swinging, gritty, euphoric techno banger that is the perfect release for a dance floor where emotions have reached a peak and the dancers want to stay there. It demonstrates lots of the reasons as to why the pairing between the two is so strong, their styles weaving together to form something cohesive yet distinct from each of their individual works. Stay hydrated out there folks.