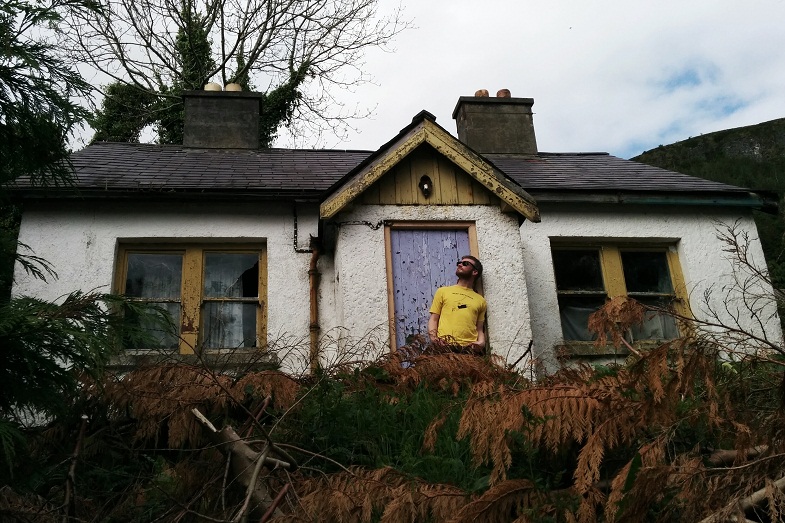 For his debut album South Donegal’s Keith Mannion aka SlowPlaceLikeHome has moved on from the overwhelming electronically generated feel of a series of EPs to a more live recording sound.

Where Mannion’s music was progressing in a reflective electronic soundscapes, Romola (a nod to George Eliot’s novel?), his debut LP is a more direct collection of music, lifted by Mannion’s vocals, often treated with reverb and soft-focus effects.

Mannion says that “every note is influenced by the scenic countryside on the Atlantic North West coast of Ireland” and as before, his music elegantly paints vistas through its synthesizer melodies and atmosphere but with more urgency and presence.

‘She Moves In Stereo’ is a good example of what’s changed, the song racing towards a crescendo rather than petering out in a more meandering fashion.

Digital drum machine percussion, bass guitar and swirling synthesizers give a dreamy touch as if much of the arrangements were born from the work of a shoegaze band before Mannion covered the songs with bright splashes of dream pop colour.

Listen to the album in full:

Buy the album from Bluestack Records.