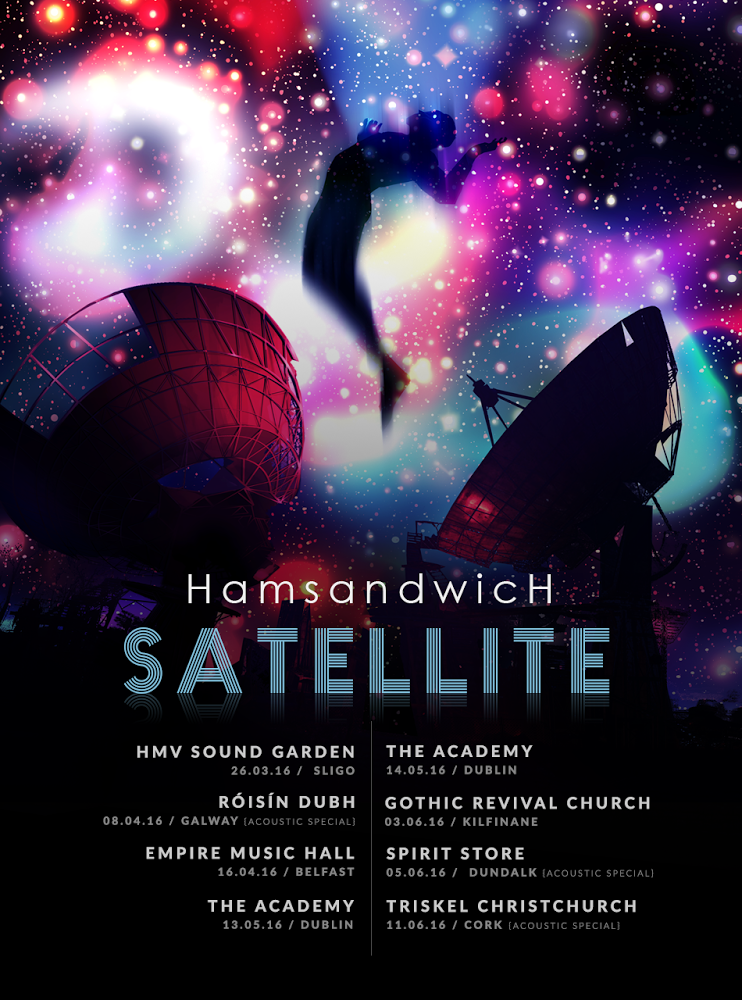 
HamsandwicH’s  Stories From The Surface album has cemented the Kells band as one of Ireland’s most loved since its release last April. Regular radio play nationwide for its three singles ‘Fandango’, ‘Illuminate’ and ‘Apollo’ and a Choice Music Prize nomination was also forthcoming.

For this latest video for ‘Satellite’, the ‘Ants’ director Marc Corrigan has made an animation that suits the band’s starry-eyed band melodics.

The video coincides with the band’s Irish tour between now and June kicking off this weekend in Sligo and going to Galway, Belfast, Limerick, Dublin, Dundalk and Cork.

The artwork is by Ross Dillon.