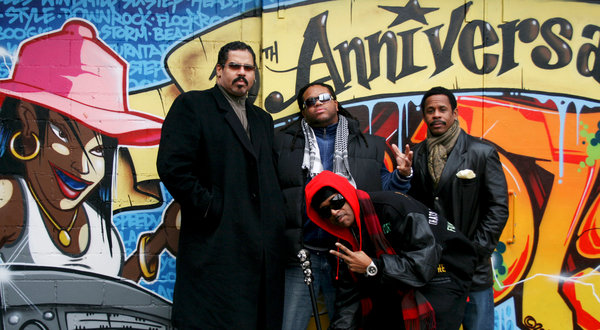 Having kicked off as a one-day festival in 2014, BARE in the Woods is back for its third year on June 11 in Garryhinch Woods, Portarlington, Co Laois  and they are hosting some legends after bringing Roots Manuva last year.

Hip-hop originators The Sugarhill Gang are coming to Laois to headline and will be no doubt playing hip-hop classics ‘Rapper’s Delight’, ‘8th Wonder’ and ‘Apache’.

BARE’s mission statement to “to create on of the best boutique festival sites in Europe and bring an event that has something different to offer the festival season in Ireland”. 80% of timber used for stages on the site has come from storm damaged trees and has been milled on the site by the BARE crew. The site itself is nestled beside the River Barrow and overlooked by the Slieve Bloom mountains and features a traditional Irish Crannog and a lake with a party island that will run late in to the night. Further announcements are due in April.

BARE in the Woods is located only 50 minutes from Dublin and is accessible via motorway networks to all major Irish cities in under two hours. The site is located close to Portarlington railway station and serviced by Dublin Coach, with a 24-hour service to Dublin, Limerick and Cork.