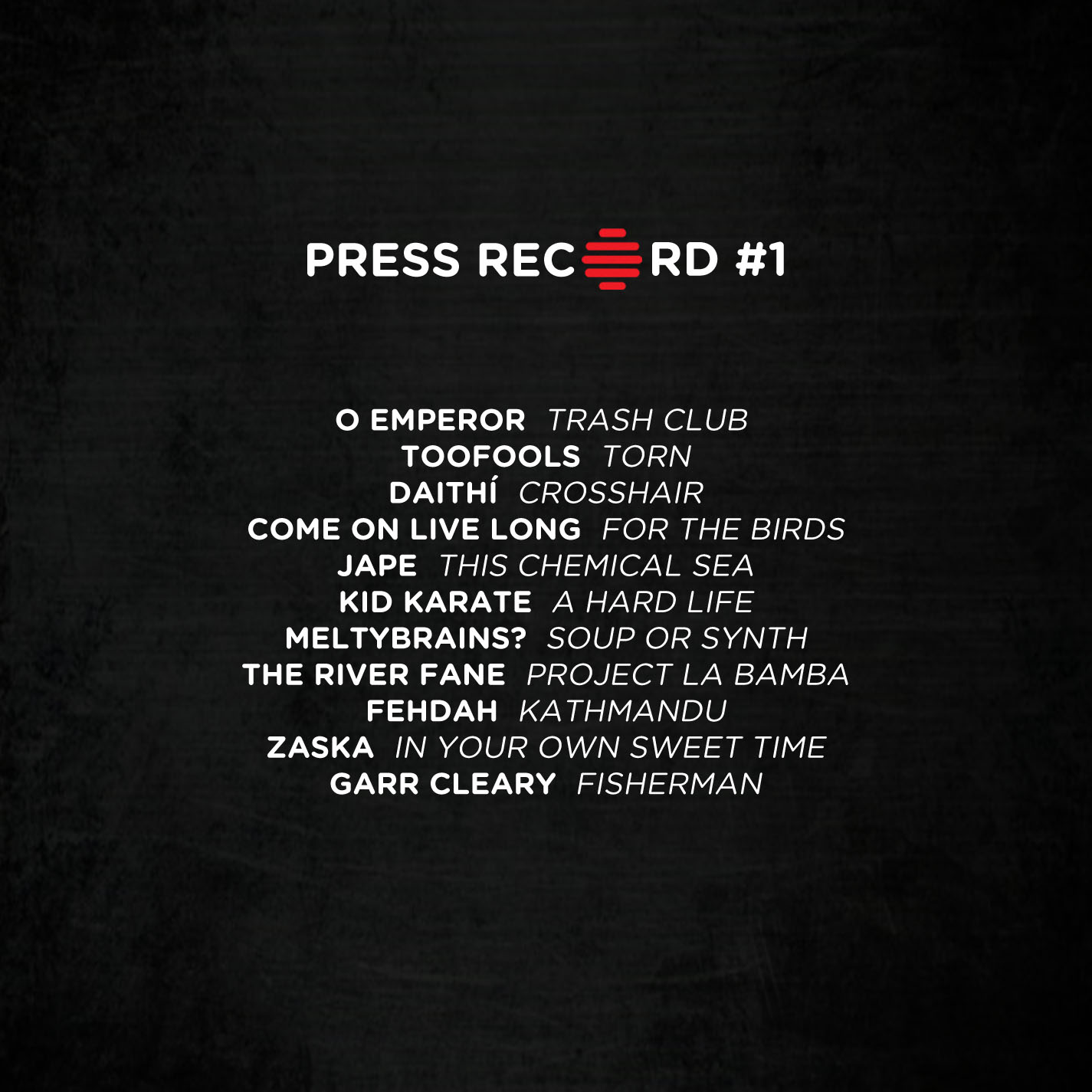 8Radio receives temporary licence to broadcast on FM for a month

Press Record is an online video performance series conceived by 98fm’s John Barker with producer Robin Ball which has featured live sessions from Irish musicians numbering 90 including Jape, Le Galaxie, All Tvvins, The Minutes and Fight Like Apes among them.

Today, Press Record announce the release of an album – Press Record #1 featuring 11 of the performances in one. The live album is available to today for €10 with all proceeds going towards future Press Record videos.

To coincide with the release, Press Record have released a video of new Irish band TooFools performing ‘Torn’ and a single by O Emperor performing ‘Trash Club’.

Press Record also have a Patreon for further support.

8Radio receives temporary licence to broadcast on FM for a month