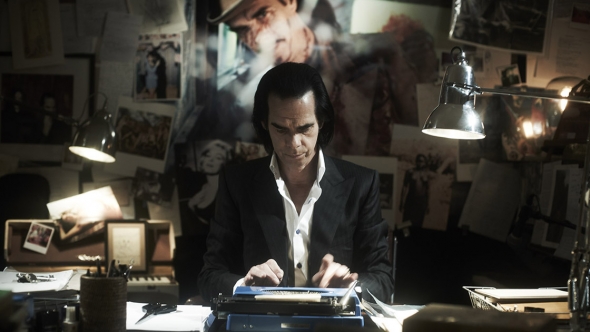 Darklight Festival takes place in and around Smithfield from 24th – 27th April and amongst the many events taking place at the digital arts festival there is a GIF exhibition, film and documentary screenings including The Act of Killing and Goodfellas, an emphasis on digital storytelling, print workshops, a make your own VR headset workshop with Eoghan Kidney, Happenings and Le Cool present Future Shorts and a Storytelling Hack Jam.

Of course, there’s also a load of music-themed events to look out for:

Forsyth & Pollard – Discussion with screening excerpts – 4PM @ Lighthouse Cinema
Iain Forsyth and Jane Pollard have been matchmaking contemporary visual art with film-making since way back in ’98. With their long time collaboration with Nick Cave culminating in the documentary 20,000 days On Earth, the pair visit darklight to discuss and showcase their finest work.
Ticket: €10

A Spell To Ward Off The Darkness Screening followed by Q&A with Ben Russell 6.30pm @ Cinemobile
Directors: Ben Russell and Ben Rivers
An uncompromising, visually-stunning triptych examining attempted utopias from directors Ben Rivers and Ben Russell. We follow our wordless protagonist [Robert AA Lowe of Lichens] through the commune of a 15-person collective on a small Estonian island; alone as he travels through the beautiful and austere wilderness of Northern Finland; and during a concert as the singer and guitarist of a black metal band in Norway.
Ticket: €10 / Also Sunday, April 27th, 6pm.

‘Synths you been gone’. Elektro Moskva is an essayistic documentary about the Soviet electronic age and its legacy. The story begins with the inventor of the world’s first electronic instrument, Leon Theremin, unveiling the KGB’s huge pile of fascinating devices, some of which were musical. An electronic fairy tale about the inventive spirit of the free mind inside the iron curtain – and beyond.
2pm | Ticket: €10