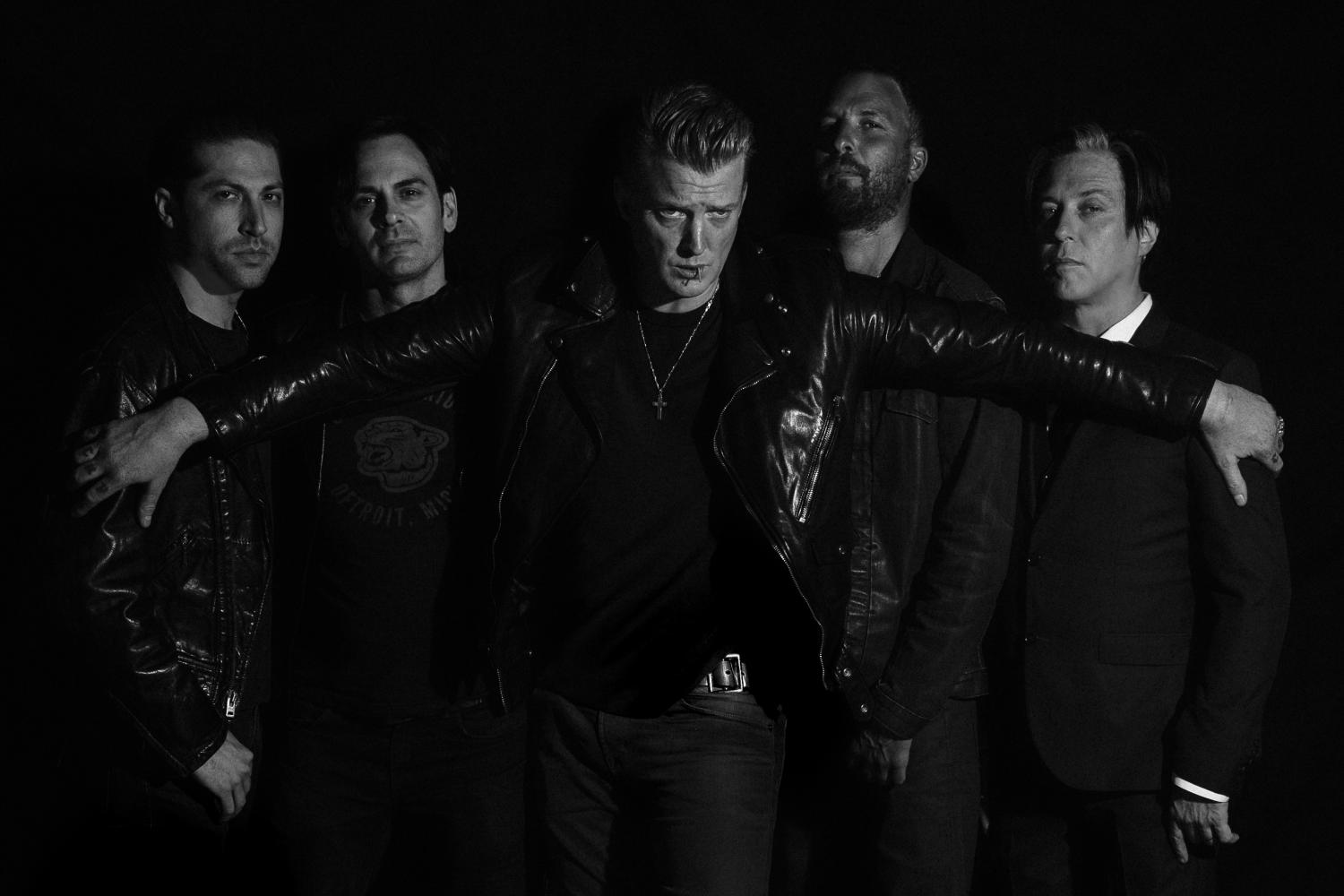 
Queens Of The Stone Age have announced their Irish return as part of the Villains World Tour (new album out August 25th on Matador) at 3Arena, Dublin on Friday 24th November 2017.

Tickets priced from €50.65 including booking & facility fees go on sale next Thursday 22nd June at 9am via Ticketmaster.

“The title Villains isn’t a political statement. It has nothing to do with Trump or any of that shit. It’s simply 1) a word that looks fantastic and 2) a comment on the three versions of every scenario: yours, mine and what actually happened… Everyone needs someone or something to rail against—their villain—same as it ever was. You can’t control that. The only thing you can really control is when you let go.”
—Joshua Homme

1. Feet Don’t Fail Me
2. The Way You Used To Do
3. Domesticated Animals
4. Fortress
5. Head Like A Haunted House
6. Un-Reborn Again
7. Hideaway
8. The Evil Has Landed
9. Villains Of Circumstance