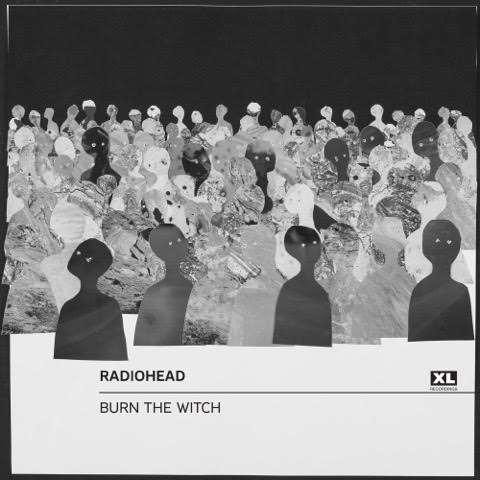 The best songs of April

There it is – the new Radiohead song from their forthcoming untitled record. The context is below, but the sound of the sound, a mix of orchestral, electronics and the band’s traditional instruments is close to what we may have expected considering what some of the various members have been up to – whether that’s Jonny Greenwood writing contemporary scores for film, Yorke with solo work and Atoms For Peace or Phil Selway’s solo material.

The video is by Chris Hopewell and the song is available on digital services at 1 minute past midnight tonight.

With 23 live dates announced for this year starting on May 23rd in Holland, this was always going to happen. It was just a case of when.

In the last week, we’ve had unsolicited leaflets with Burn The Witch on it sent to people who had bought from their store and on Sunday they scrubbed their social media content completely, resetting it to blank.

They posted two videos on Insstagram with two claymation videos suggesting something to come soon. One was a reference to the business that Radiohead had recently registered – Dawn Chorus and the other referenced the title of the song we now have.

It remains to be seen if Radiohead are streaming their new music on Spotify, Apple Music or Tidal. According to their management very recently, the band have still not decided whether to allow their new album to be streamed on Spotify.

in 2013, Thom Yorke called Spotify ‘the last desperate fart of a dying corpse’ in 2013 and pulled his solo work from the service. Radiohead albums are on Spotify , Tidal and Apple Music while Only Yorke’s solo albums are on Apple Music.

Update: the song is on Spotify now and is for sale on iTunes.

2011’s King Of Limbs has released via the band first and then physically via XL Recordings. The artwork above suggests the band will release the song digitally tonight through XL.

2007’s In Rainbows was famously sold as a free or pay what you like basis. it went on to sell more than three million copies, both physical and digital, worldwide.