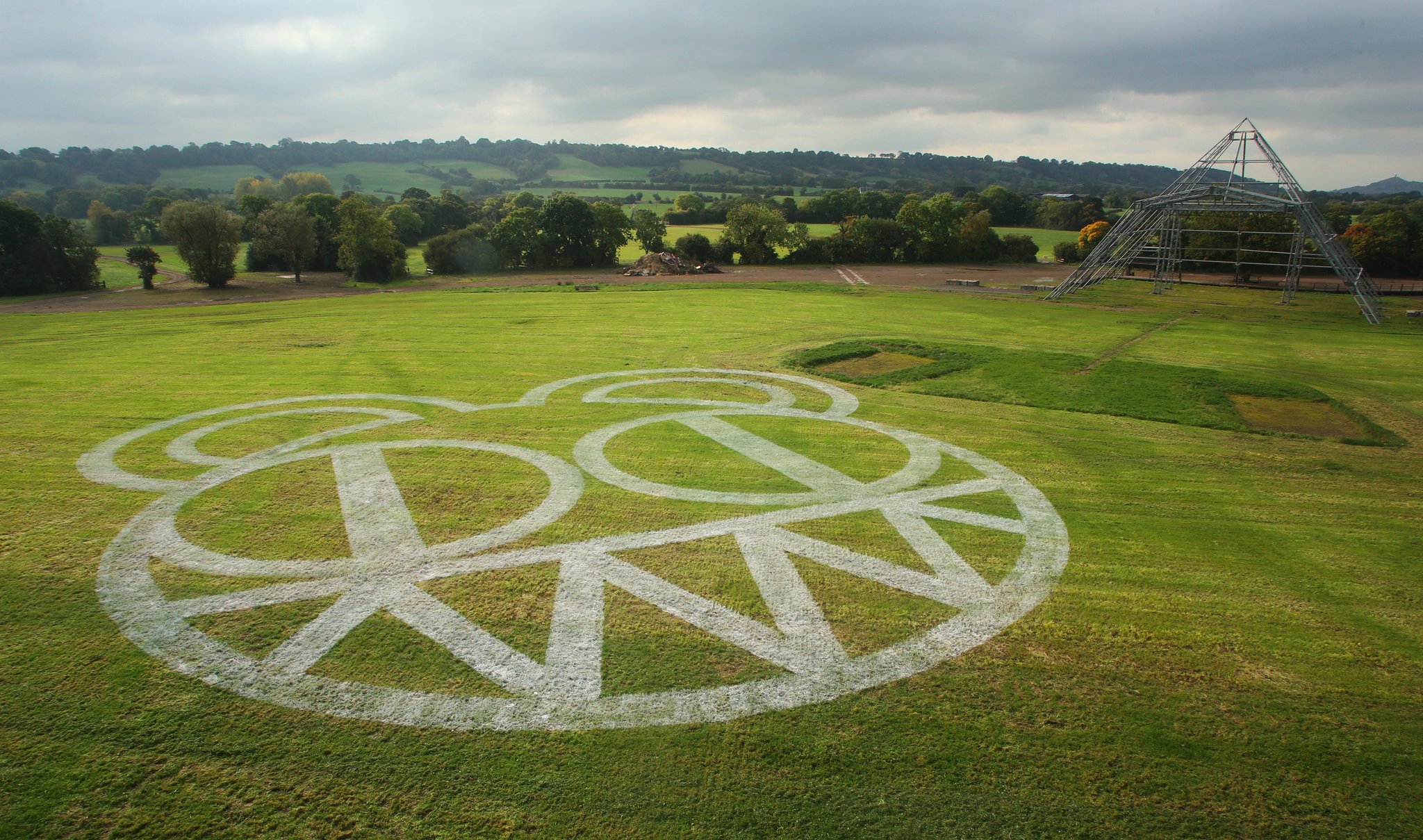 News from Worthy Farm yesterday that Radiohead were planning an announcement of playing Glastonbury has been confirmed today by the organisers and the below bit of communication. That’s Stanley Donwood’s bear logo for the band in front of a skeletal Pyramid Stage.

Good news for anyone who has got a ticket (it’s sold out of course). Glasto is next June 21-25.