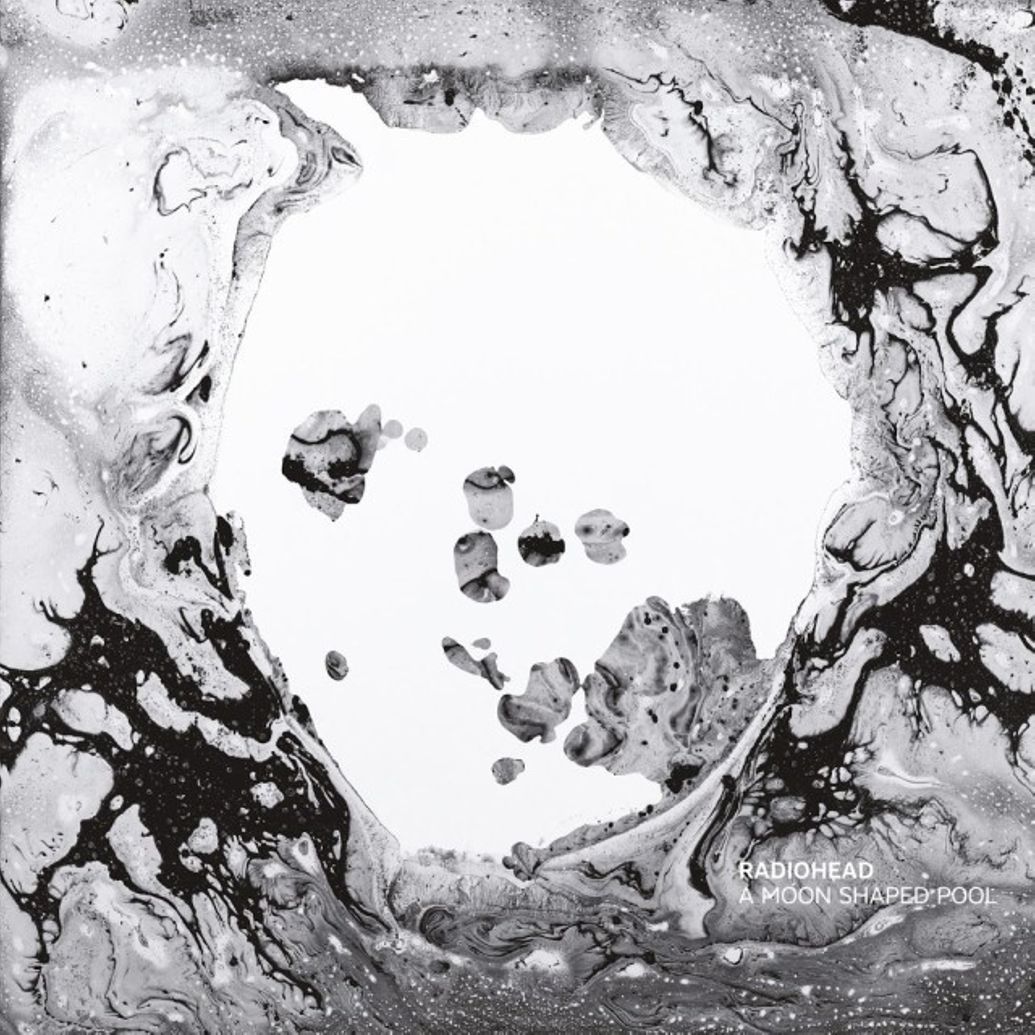 Five more years. That was the time period that Radiohead needed to step out of their own shadows. The weight of expectation and interest in the band’s music since 1997’s OK Computer has never dissipated. The run of great albums that went OK Computer, Kid A, Amnesiac, Hail To The Thief and In Rainbows that made Radiohead the apotheosis of sonically progressive and popular bands of recent years, faltered slightly with the release of The King Of Limbs.

TKOL wasn’t a bad record but it wasn’t a great one; it was disjointed and for the first time sounded like Radiohead weren’t sure where to go next. The result was a hodge podge that ended up coming across as a band on unequal footing.

Five years later and A Moon Shaped Pool is the sound of a different and much more confident band. For a group to last 25 years, no matter who they are, they have to find themselves, live life and pursue other interests. Radiohead have been wisely doing just that and have come back together with a renewed sense of purpose and an application of what they’ve learned out there – whether it’s Jonny Greenwood writing contemporary classical scores for film, Yorke in his personal life as well as musically, through solo work and Atoms For Peace or Phil Selway exercising his own music muscle.

A Moon Shaped Pool is their most confident record since 2003’s Hail To The Thief and also their most serene and personal.

The emollient ‘Daydreaming’ encapsulates it. The song, seemingly addresses Yorke’s split with his wife of 23 years last year. “This goes beyond me, beyond you.” he sings. The track that drifts along on a piano line that is at once, intimate and widescreen.

‘Present Tense’ goes there too, with Yorke encapsulating his thought process succinctly – “in you I’m lost”.

The recorded appearance of songs known to fans from live versions also means that three of the album’s songs were conceived in Radiohead’s past – most prominently ‘True Love Waits’, which originally appeared on live album I Might Be Wrong gets a properly-recorded version in the form of a piano ballad that ends the album, ‘Burn The Witch’ was picked at from 2003 – 2007 while ‘Present Tense’ existed in some form since 2008.

Jonny Greenwood’s interest in classical music (my 2011 interview with him about it) was there during The King Of Limbs but it’s really key to this record’s expansive embrace of soaring orchestration, as performed by The London Contemporary Orchestra.

His orchestral experience is immediately apparent on stabbing majestic strings on ‘Burn The Witch’ which adds a layered sprawling epic feel to the song and also gives us Thom Yorke’s most Radiohead-sounding lyric in a while – “a low flying panic attack,” and builds to a string-lead crescendo.

Less than a week into the listening process, I’m struck by moments of beauty that A Moon Shaped Pool. The choral and low-end bass and reggae-style echo from ‘Deck Dark’; the full-band percussive-lead switch groove in ‘Ful Stop’; the gently rising choral vocals on the samba-rhythm of ‘Present Tense’; the comfort in the acoustic throwback to the band’s early work on ‘Desert Island Disk’, the consuming anxiety in the lyrics of the ‘Glass Eyes’ is tempered by the cathartic arrangement, and the descending string ending to ‘Tinker Tailor Soldier Spy Rich Man Poor Man Beggar Man Thief’.

The line “Broken hearts make it rain,” in ‘Identikit’ points to the album’s central theme – dissolution, betrayal and hurt. The more you pick apart the lines, the more obvious it becomes that A Moon Shaped Pool is largely, about Yorke’s estrangement and split from his wife.

“Have you had enough of me? Sweet darling.” – ‘Deck Dark’

“You really messed up everything / If you could take it all back again / Strike up what’s in the box / Why should I be good if you’re not?” – ‘Ful Stop’

Yorke is more comfortable addressing societal dread, paranoia, technological anxiety and isolation, so to hear him make a phone call and sing “Hey it’s me, I just got off the train,” is almost refreshing. The thread of alienation, anxiety and inner panic follows however.

Only towards the end of the album does the subject thoroughly move to other sights. Penultimate tracks ‘The Numbers’ and ‘Tinker Tailor Soldier Spy Rich Man Poor Man Beggar Man Thief’ are about climate change, extinction and humanity.

We shift back to the individual on ‘True Love Waits’, a long-in-gestation delicate but hopeful song, that suggests love is possible but ends with the desperate plea “just don’t leave.”

It’s Radiohead enacting, both in music and subject matter, the thing that makes them long-lasting, the move between the micro and macro, the suggestion of the personal and universal, without ever committing to anything but a trace of the real. This time, the reflection they leave us gives is them at their clearest.