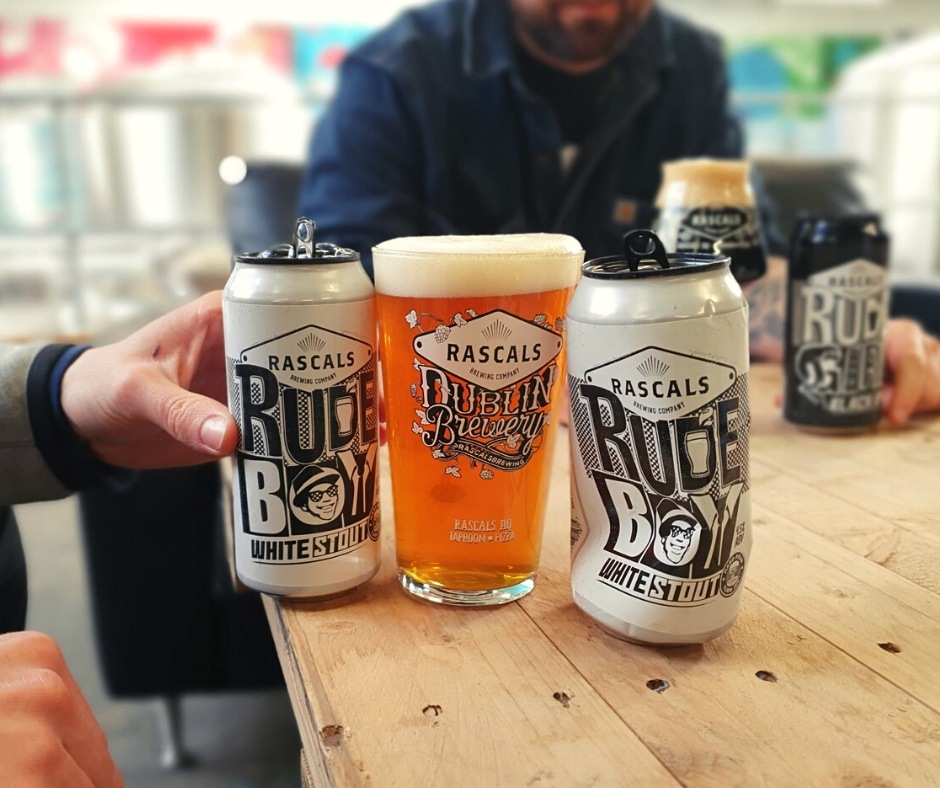 Our pals in Rascals Brewery in Inchicore have always had a strong music connection whether it was their Boombox-accompanying Spotify playlists and their just-announced Happy Days Festival with DJs integral to their lineup.

This week, they’ve underscored that connection with two ska-themed limited edition beers, Rude Girl (a 6% black IPA) and Rude Boy (a 4.5% white stout), that nod to the chessboard pattern associated with the genre. More on the beers below.

Both cans are now available in 440ml cans on the Rascals webshop, at their off-licence in Inchicore and in select off-licences nationwide.

“We’re big into our music here at Rascals and we thought a really complementary way to put a design to these new beers would be to use the iconic black and white chequered motifs of ska culture. Our designer Rachael has some lovely attention to detail on the can design, such as the female character’s distinct ska hairstyle forming the ‘G’ on the Rude Girl can, as well as speaker stacks forming the letter ‘i’. They really are class designs. We had Boss Reggae Train provide the tunes for our beer launch last week and our local scooter club, Pit Stop Krew S.C., gathered a few heads, dressed up in their finest, and hopped on their Vespas and joined us here for the evening.”

To celebrate the release, we are giving away behind-the-scenes premium brewery tour for you and three friends, with a guided beer tasting, a complimentary pint of Rude Boy white stout and Rude Girl black IPA after your tour… and a pizza each.

More on the beers:

This is a full-bodied and distinct white stout: pale in colour but dark in flavour. A complex malt bill lends biscuit and caramel tones while oak-smoked wheat brings extra character to this unique beer. Prominent coffee and cocoa flavours are delivered by the addition of coffee beans (provided by our local roastery Imbibe Coffee) and chocolate extract on the fermentation side. Magnum hops bring a balanced medium bitterness with slight hints of spice and fruity flavours. A perfectly balanced sweet, roasty and smooth stout!

This beer really is a top ranking hoppy dark ale. It’s all about the unique blend and balance of dark roasted malts and piney, resinous hops. We’ve used chocolate wheat, Munich and ale malt in the grain bill for noticeable, but not overpowering, suggestions of dark chocolate and sun-dried coffee. Complementing the malty backbone are striking floral and spice qualities from Cascade hops, combined with tropical fruit and peppery notes from Nelson Sauvin hops. Altogether it’s an IPA that’s one step beyond!