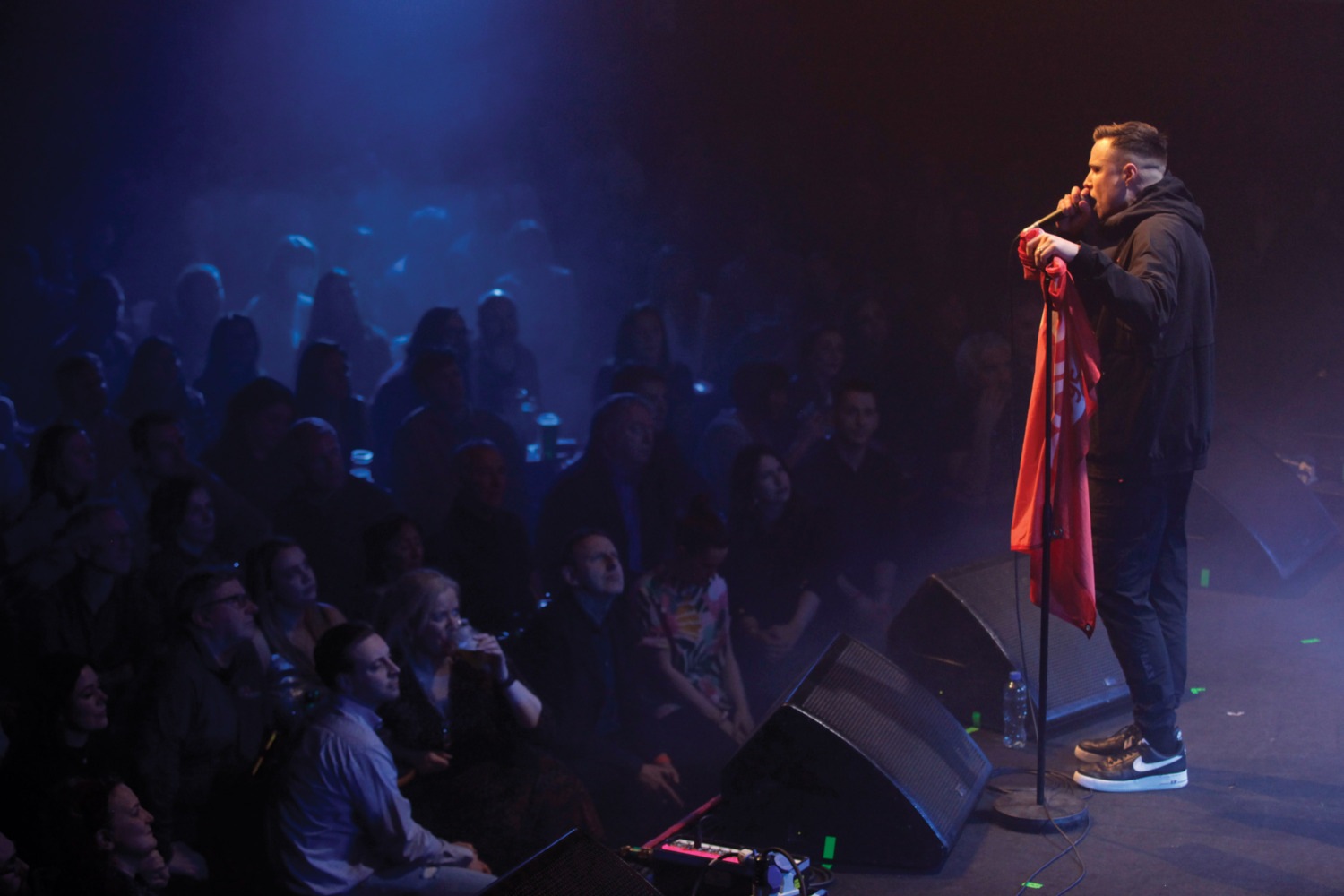 It was a return to normality in Vicar Street last night, as the Irish music industry gathered en masse for the first time in two years since the last Choice Music Prize, closing the loop, at least mentally, on the last two years of an unforeseen closure.

Seven of the ten nominees performed live in Vicar Street while the 11 judges deliberated on who would win out of the shortlist of Bicep, Mick Flannery/Susan O’Neill, Elaine Mai, For Those I Love, Houseplants, Orla Gartland, Kojaque, Saint Sister, Soda Blonde and Villagers.

It was a seriously strong year in terms of overall quality but For Those I Love was chosen by the judges as the winner, the best Irish album of 2021, the Choice Music Prize winner.

No other album has excavated such deep responses upon its release, not here or otherwise, than David Balfe’s moving sonic tribute to his friend who passed away, and last night, he underscored that feeling with a visceral performance, that really while it can’t sway the judges (their decision was decided by then), continued to shine a potent energy on inequality, personal pain and the importance of community.

There is pure visceral love, grief, and friendship that Dave Balfe has constantly showed and performed to us as For Those I Love in the light of the darkness of the last two years. It is complex. It is difficult. It is beautiful. It is harrowing. The grief and his pain that he shared in the passing of his friend Paul Curran was among the most beautiful and realistic depictions of life lived and experienced, his music continues to move us to edge of despair and hurt while reminding us of the joy of existence in parallel. That is a serious and celebratory feat.

Something which is beyond an award in truth but marked by its deep resonance that great art provides.

That’s not exactly why For Those I Love won the Choice last night, but it is an indication of the depth and artistry of the album that it continues to be a gut punch to the nervous system.

For winning, For Those I Love received a €10,000, a prize via Irish Music Rights Organisation (IMRO) and the Irish Recorded Music Association (IRMA), and an award, which was received with fervent and fitting terrace chanting from those who he made the album for originally, his friends mentioned throughout the album.

For Those I Love plays the Save Tolka Park fundraiser tomorrow night in the Button Factory.

The album was my favourite Irish album of 2021.

RTÉ2 will broadcast a one-hour TV programme of the RTÉ Choice Music Prize, featuring performances from the seven performing acts, along with interviews by Bláthnaid Treacy, on Sunday March 13th at 11pm.

Rascals has released a Ska-themed stout and IPA; win a brewery tour for you and three pals