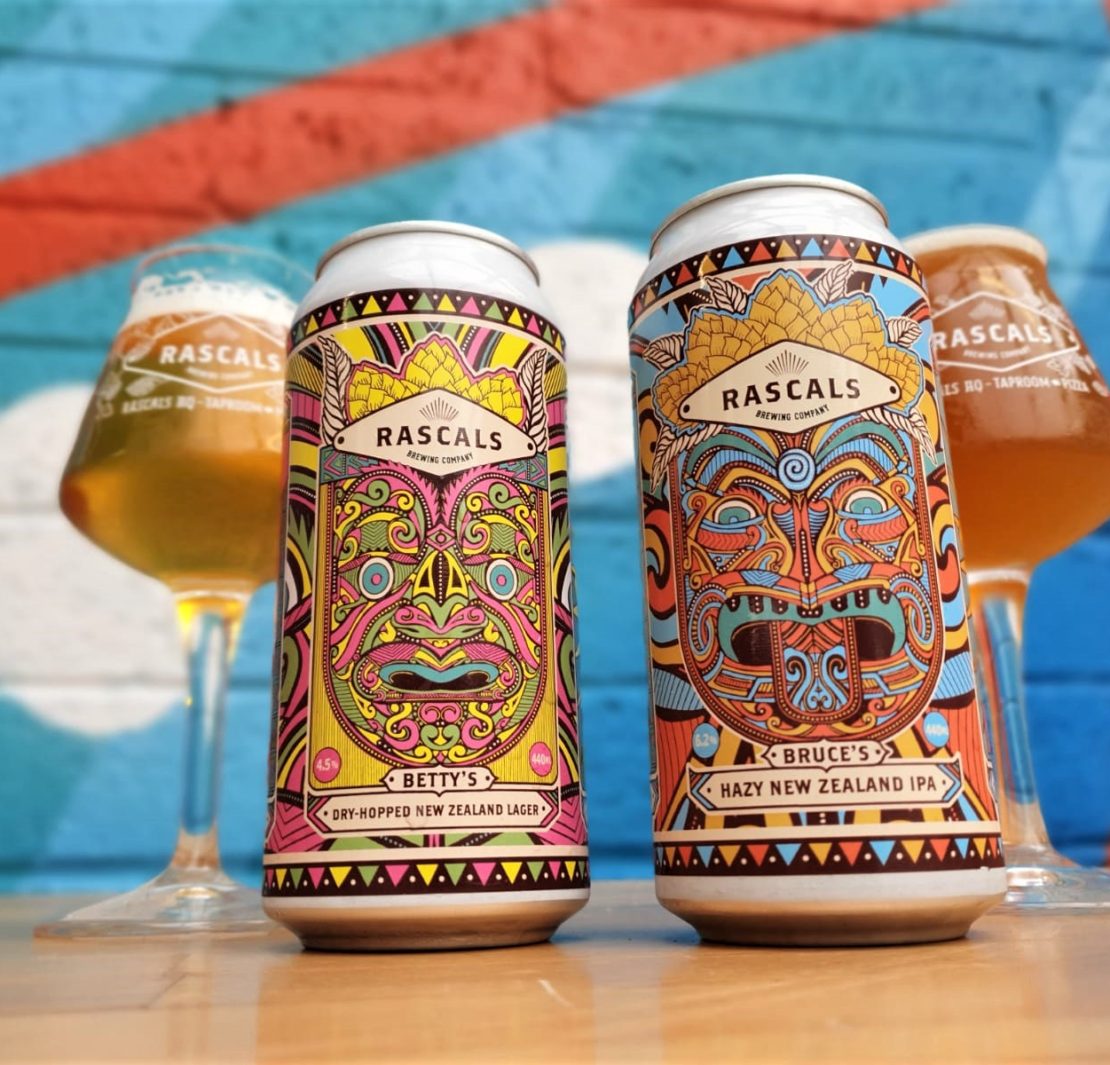 As a long-time Dublin 8 resident I am a big fan of Rascals Brewing Company. Not only do the beer brand make some of the best and most accessible Irish craft beers around, they also have a lovely Inchicore brewery that serves pizza and has continued to provide food and drink through their online shop throughout the last year of the pandemic, while their physical taproom and pizza space is closed due to restrictions.

And they are currently donating €1 from every webshop order to My Lovely Horse Rescue throughout March.

They also have a fine line in Spotify playlists thanks to their team that has a deep knowledge of music.

They are very much a team who wear their influences on stories on their cans of beer and the latest dual release of their Bruce New Zealand hazy IPA and Betty New Zealand dry-hopped Helles lager is inspired by the story of Rascals co-founders Emma and Cathal, who first met in New Zealand in 2009 living very different lives in finance and pharma respectively.

“A lot of our dates were going to craft beer bars – we both liked beer. Our friends were getting more into craft beer around the same time. I guess I wanted to start drinking local beers and discovering what could be enjoyed, especially hop-forward beers. The breweries we particularly enjoyed were the likes of Tuatara Brewing, Garage Project, Yeastie Boys, Emerson’s.”

Cathal began homebrewing shortly afterwards and a kernel of an idea was born.

Those early adventures in brewing lead to the pair coming home to open Rascals Brewing in 2014.

“I think this is why Bruce and Betty, the new beers, are so special to us. We were always thinking about brewing NZ beers and styles we really liked. This is our first real proper tribute to NZ craft beer; these are beers we can be really proud of.”

These new beers are all about the hops.  Sunrise Valley, New Zealand, is the home of Freestyle Hops. For more than fifty years Bruce and Betty Eggers have been farming the most aromatic and flavoursome hops in the world. Their passion led them to create two wonderful blends: the Bruce Hop and the Betty Hop. A carefully created combination of early Nelson Sauvin and Motueka, mid Southern Cross and late Pacifica gives us Bruce. As for the Betty blend, well they’ve decided to keep that a secret!

Read more about the beers on Rascals site and enter our Instagram post to win a mini keg of each and a €50 voucher for Rascals.