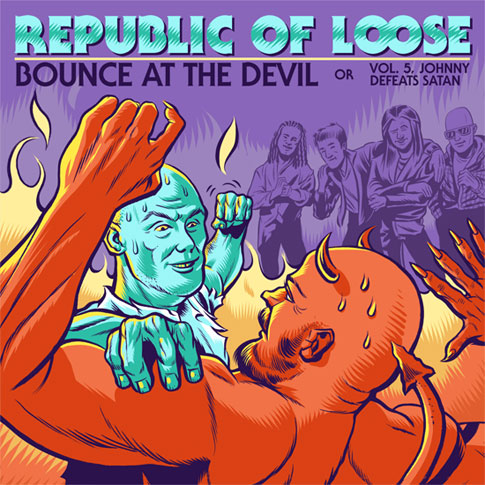 The Loose will release their fourth album Bounce At The Devil through their own Fish Don’t Fear Nets label on October 8th. You may already have heard new single ‘The Man’ (streaming below) but here’s a taster from the album which appears to have a vengeful dark-sided theme if the numerous references to Satan in the track titles suggest anything. Hence, this song is called ‘Satan Bounce (Waltz With Satan & The Mechanical Prostitute)’

The album was recorded in Baltimore, contains 16 tracks and the band say it’s more of a “dancefloor beast”. A national tour will follow the release and you can see the dates here.

The band are doing a live webcast tonight from the O2 watchable here from 8pm.