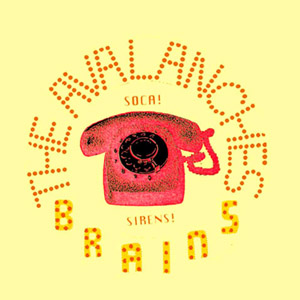 Looks like The Avalanches are preparing to emerge from the studio once again. There’s a new temporary website up at theavalanches.com with free bootleg/remixes for download.

It’s been five years since the group released Since I left You and since then, two of the original members – DJ Dexter and Gordon, have left to pursue other projects. Their record label Modular recently said

“According to those collaborators who’ve heard bits and bobs, it’s sounding like everything we dared not hope for, and so much more. They’ve made the record of their lives basically”

Well so far, there’s a Wham vs Digitalism bootleg, the Paperclip People remix of “A Different Feeling” with loads more promised. There’s also a 23 minute mix of African, Caribbean and party music called Brains (Teazer) which I’ve got here for download. It’s the kind of mix that shows why five years after the release of their debut, we still care.