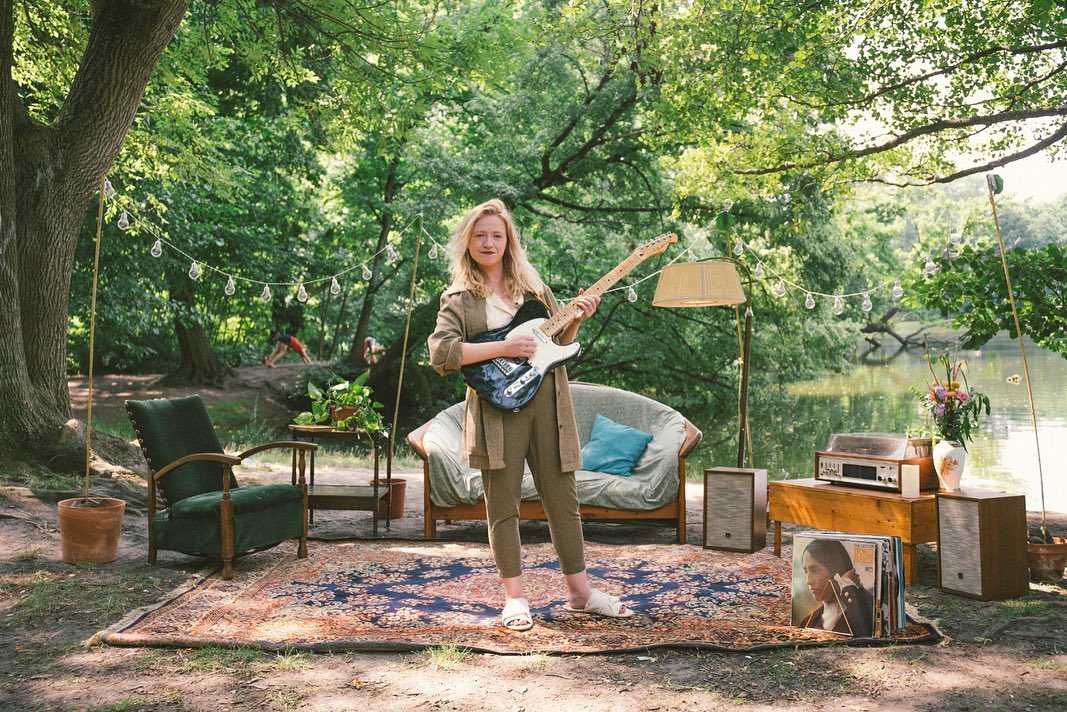 
The Berlin-based Kinvara, Galway singer-songwriter and musician Ruth Mac’s latest song ‘Living Room’ has a bright and bouncy feel to its sound, as the lyrics expound on the idea of building a home with someone with a warm feeling of shelter and safety.

So it makes sense that that idea is brought to life in the video for the song set in an impromptu living room by a sunny lakeside location with Ruth Mac’s pals along to underscore the song’s theme.

The video was directed by Aoife Leonard (Cooped Up, Collapsing Horse) and shot and edited by Rob De Boer (Big Style Media).