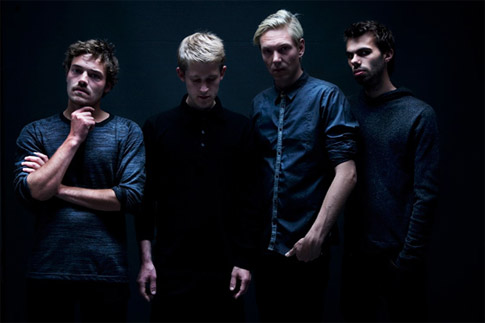 Copenhagen’s When Saints Go Machine are a band that have been plugging away since 2007. They will get around to releasing their second album Konkylie next month through !K7. It’s their first with a wider release and it’s about time too; their electronic disco pop with Antony-esque vocals is magnetising enough to draw a considered audience. I played ‘Kelly’ while DJing in Belfast over the weekend and it sounded epic through the speakers:

A slew of unembeddable tracks exist on Soundcloud.