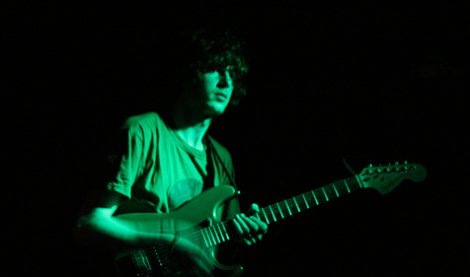 As well as catching shows from EL-P and Joanna Newsom over the weekend, Thursday and Friday night were occupied with the Super Extra Bonus Party album launches in Newbridge and Dublin. Newbridge had LPX(one-man electronic madness), the debut gig from Wolves (think Mogwai meets Jape) and DJ Robbie Coffey. The Voodoo Lounge on Friday had Nouveau Noise (also a debut performance), Terrordactyl (who rocked with precision as always), Thalamus (ambient electronica – free release here), Herv (champion as always) and T-Woc spinning the tunes til the wee hours. Both nights of course, had Super Extra Bonus Party headlining with upbeat tight performances and the crowd were buzzing. I was doing live visuals for all the acts on both nights and enjoyed myself immensely.

Here are some vidyos of both nights:

More after the jump.