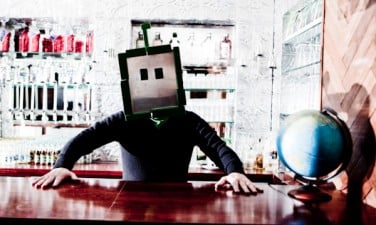 Dubliner Marcus Lambkin’s debut album From the Cradle to the Rave as Shit Robot has been a long time coming and it was worth the wait. Kindly called “the Godfather of DFA Records”, Lambkin influenced the foundation of DFA which was started by LCD Soundsystem’s James Murphy and Tim Goldsworthy and From the Cradle to the Rave is “a DFA family affair”. Certainly, the album is chocka with DFA-related guests: Nancy Wang, The Juan MacLean, production from Murphy and others like Hot Chip’s Alexis Taylor, Planningtorock, Ian Svenovious of the Make Up and Saheer Umar of House of House.

The album is a dance record in the traditional sense; it sounds like every track was made for the club, from Svenovious’ vocal on the house piano-fuelled ‘Simple Things’ to the cosmic disco squelches of ‘Tuff Enuff’, it’s all solid stuff. Shit Robot supports LCD at their three Dublin Dates in Tripod on November 19th, 20th and 21st.


More from Shit Robot:
Stream From the Cradle to the Rave at XLR8R.
State Mix
State Interview