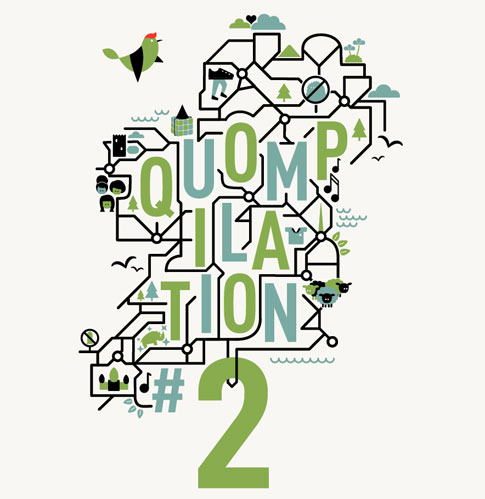 Simon Bird’s music thus far has been of an experimental nature (get his V EP on vinyl soon) yet here he approaches Kavinsky’s sexy vocoder dystopian bootycall ‘Nightcall’ with a directness that his own material doesn’t have.

This cover is the first of many from the Quompilation #2 from Quarter Inch Collective which features covers of the best songs from 2011 by… Cloud Castle Lake, The Ambience Affair, Ginola, Girl Band, Logikparty, Lorem Ipsum, Jogging, No Monster Club, Turning Down Sex and Rhino Magic.

It’s released on new-fangled cassettes on January 27th wth a gig in Crawdaddy featuring the compilation bands. Check back here next week for an first listen. You’ll want to hear Cloud Castle Lake’s version of Jacques Greene’s ‘Another Girl’ for starters and who No Monster Club have covered… More details and pre-order. Artwork by Ms. Fuchsia Macaree.